May 28, 2014 • The National Black Church Initiative is calling for its members not to give money to NPR, telling the network it "has abandoned the African American community, and we must turn a deaf ear to you." May 20, 2014 • The moves come as part of the network's effort to eliminate budget deficits. Tell Me More host Michel Martin will remain with NPR. 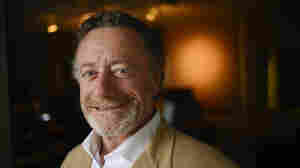 Jarl Mohn, a veteran of radio and television, will be NPR's new CEO, the organization's board of directors announced Friday. Jim Tuttle for NPR hide caption

NPR Names Jarl Mohn As Its New CEO And President

May 9, 2014 • Jarl Mohn currently serves on the boards of several organizations, including Scripps Networks Interactive and Southern California Public Radio. He will be NPR's fourth leader since the start of 2009. 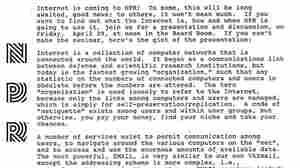 Ahhh, the good old days ... before the treacherous pitfalls of "reply all." NPR hide caption

April 28, 2014 • Twenty years ago, NPR alerted staff members that they would soon have access to a new form of communication: "A collection of computer networks that is connected around the world." 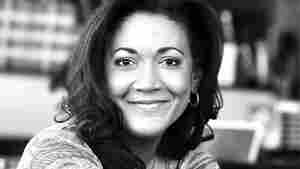 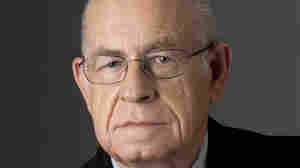 March 4, 2014 • Kasell, whose voice is synonymous with NPR, will record his final broadcast for Wait Wait ... Don't Tell Me! this spring. From then on, he'll become "scorekeeper emeritus." 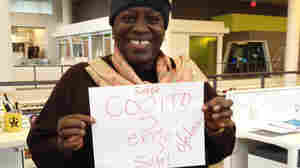 November 8, 2013 • NPR's Africa correspondent fielded topics ranging from progress in the Democratic Republic of Congo to racism in Africa and her favorite dish during Friday's AMA. 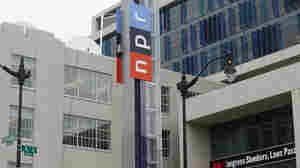 September 13, 2013 • According to a message sent to NPR's staff, the organization aims to reduce its number of employees by about 10 percent. There are currently 840 staffers. The board says it has a plan to balance NPR's budget in fiscal year 2015.

NPR And On-Air Credits: The End Of A Thank You

August 30, 2013 • Starting Monday morning, you may notice something a little different about NPR's flagship news magazines. Morning Edition producer Jim Wildman writes about a little change that means a lot to him.

August 23, 2013 • On first reference, the network will refer to the private as Chelsea Manning, while in the "near term" noting that she came to prominence known as Bradley Manning. The network also will use female pronouns. 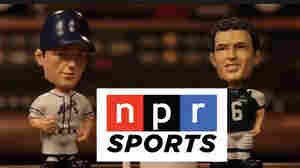 April 26, 2013 • When the comedian asked the NPR host whether he knew what a macchiato is, Inskeep had to confess he didn't. And this happened during Morning Edition's "coffee week!" Seinfeld was amused. Inskeep says he's now going to go try one of the coffee drinks.

April 16, 2013 • The group, said to support the regime of President Bashar Assad, has attacked other news organizations' websites in recent months. This time, it got into NPR.org, The Two-Way and some of NPR's Twitter accounts.

NPR To Discontinue 'Talk Of The Nation'

March 29, 2013 • The daily call-in show will be replaced by Here and Now, which is produced by Boston's WBUR. Talk of the Nation host Neal Conan is leaving NPR after more than three decades with the network. Science Friday will continue. 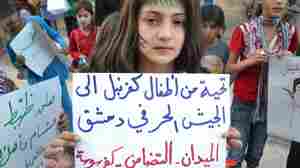 In this image taken July 16, 2012, and provided by Edlib News Network, a Syrian girl holds a poster that reads, "Greetings from Kfarnebel's children to the Free Syrian Army soldiers in Damascus," during a demonstration in Kfarnebel, Syria. The image was part of an "inside rebel-held Syria" series of stories by NPR's Kelly McEvers. AP hide caption

NPR Wins Peabody Award For Coverage Of Conflict In Syria

March 27, 2013 • Correspondents Kelly McEvers and Deborah Amos were cited for "detailed reportage, often from dangerous locations." Radio Diaries was also honored for a profile of teen boxer Claressa Shields on All Things Considered.