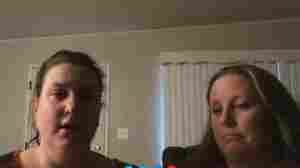 A judge in Utah ordered that an infant girl be removed from the care of foster parents April Hoagland (left) and Beckie Peirce, seen in a screen shot from a Reuters video. Reuters/Screen shot by NPR hide caption

November 13, 2015 • The Utah judge had ruled Thursday that the 9-month-old child be placed with a heterosexual couple.

November 12, 2015 • The judge reportedly told the couple that myriad studies have proved children are better off with heterosexual couples. State officials say they will try to get the order changed. 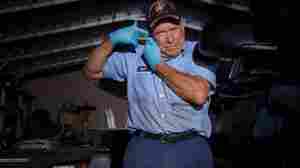 Former Sheriff William "Dub" Lawrence, in a scene from the documentary Peace Officer. It's not his job to investigate old crimes and officer-involved shootings — but that hasn't stopped him from obsessing over them. Courtesy of the artist hide caption

October 4, 2015 • If you called him obsessive, former Utah Sheriff "Dub" Lawrence wouldn't disagree. For decades, he's been chipping away at cold cases — and his biggest challenge: what he sees as police impunity. 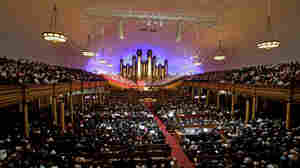 A public funeral is held for Mormon leader L. Tom Perry on June 5 at the Salt Lake Tabernacle in Salt Lake City, Utah. Perry was a member of The Church of Jesus Christ of Latter-day Saints' highest governing body, the Quorum of the Twelve Apostles. He died at the age of 92 from cancer. The recent deaths of several high-ranking church leaders are expected to prompt new appointments. Rick Bowmer/AP hide caption

Amid Societal Shifts, What Will New Mormon Leader Appointments Mean?

October 3, 2015 • The Church of Jesus Christ of Latter-day Saints will announce three new top leaders. Scholar Matthew Bowman discusses what the change could mean at a time when social issues challenge the faith.

Amid Societal Shifts, What Will New Mormon Leader Appointments Mean? 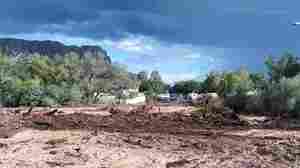 Debris and water cover the ground in Hildale, Utah, where a flood ripped through the town Monday. Mark Lamont/AP hide caption

September 15, 2015 • Two vehicles carrying 16 women and children were swept into a sudden rush of floodwater in southern Utah on Monday. 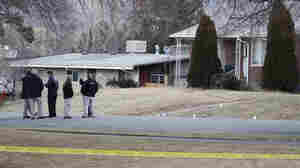 Investigators stand next to evidence markers in front of the house of Matthew Stewart, who was shot and injured by Ogden police during a drug raid, in Ogden, Utah, Jan. 5, 2012. One police officer was killed and five were wounded in the shootout that erupted as a narcotics enforcement team executed a search warrant at Stewart's home. George Frey/Reuters/Landov hide caption

August 31, 2015 • For all the talk of police militarization, no reliable statistics exist on the number of raids by SWAT or other heavily armed tactical teams. There are no federal or state tallies — except in Utah. 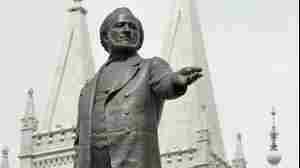 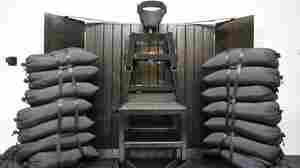 April 5, 2015 • A new law in Utah allows firing squad as a backup method of execution if lethal injection drugs aren't available. The last time an inmate died by firing squad in the U.S. was in Utah in 2010.

March 23, 2015 • The Republican governor, who signed the bill Monday, has said Utah needs a backup execution method in case a shortage of drugs persists — though he's called firing squads "a little bit gruesome."

March 10, 2015 • It's unclear if GOP Gov. Gary Herbert will sign the measure, which would make Utah the only state in the nation to allow firing squads, into law. Utah abandoned the practice more than a decade ago.

Bill To Allow Execution By Firing Squad Advances In Utah

February 13, 2015 • The Republican-controlled House has voted to revive the option, which was discontinued in 2004, if the state cannot obtain the drugs needed to perform an execution by lethal injection.

December 9, 2014 • After an officer pulled her over, an elderly woman on a road trip to see her ailing son accidentally backed into the cop's car. So police gave her a lift — to her son, four counties away. 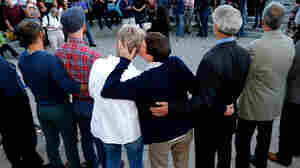 October 7, 2014 • Same-sex couples are getting married in Utah and other states one day after the Supreme Court let stand rulings that overturned bans on gay marriage. But couples have been turned away in Kansas. 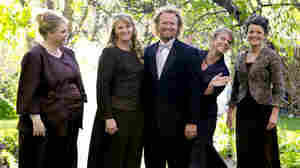 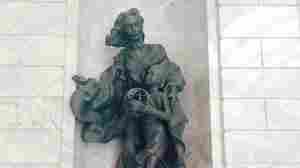 This statue is located in Utah's Capitol building, beneath a mural of Brigham Young and the first Mormon pioneers traveling out west. "Utah is a place that understands the value of immigration," says Utah's speaker of the House, Becky Lockhart. Kirk Siegler/NPR hide caption

July 31, 2014 • In 2011, Utah decided to let some people in the state illegally apply for work permits. But the law, pending a federal waiver, still hasn't gone into effect — and now, some want to repeal it.