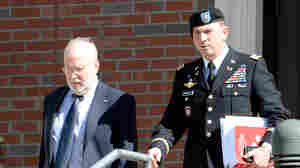 October 26, 2017 • Mlitary prosecutors have called on several current and former service members who looked for Bergdahl in the days immediately after he walked away from his post in Afghanistan. 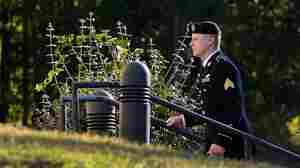 October 25, 2017 • A military judge is allowing the testimony of service members who were injured as a direct result of the searches for Bergdahl, who was captured by the Taliban and held for five years. 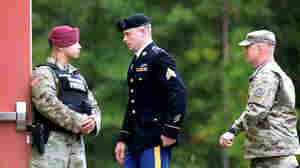 U.S. Army Sgt. Bowe Bergdahl (center) is escorted to the military courthouse at Fort Bragg, N.C., on Oct. 16, the day he pleaded guilty to desertion and misbehavior before the enemy. Sara D. Davis/Getty Images hide caption

At A Hearing For Bowe Bergdahl, The Focus Is On President Trump

October 23, 2017 • The Army judge, Col. Jeffrey Nance, posed the question of whether the sergeant could receive a fair trial after comments made by the president, who has repeatedly called Bergdahl a traitor. 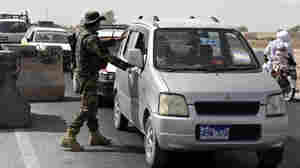 An Afghan National Army soldier searches a vehicle at a checkpoint in Kandahar, Afghanistan, Thursday on the way to the Maiwand army base, the site of the Taliban attack late Wednesday. Massoud Hossaini/AP hide caption

October 19, 2017 • Just two Afghan soldiers at a base in Afghanistan's Kandahar province were left uninjured. At least 43 were killed. This week, more than 120 people were killed by the militant group. 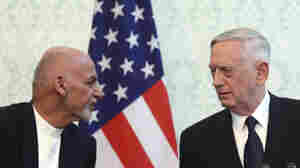 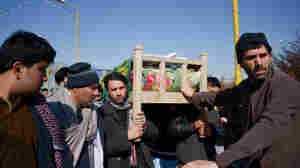 Mourners carry the coffin of one of six Afghan employees of the Red Cross killed in an attack in a remote northern province in February. Farshad Usyan/AFP/Getty Images hide caption

September 14, 2017 • In the first study of its kind, researchers ask members of al-Shabab, the Haqqani network and the Taliban to explain why they attack the humanitarians trying to help them. 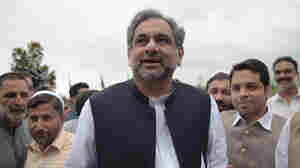 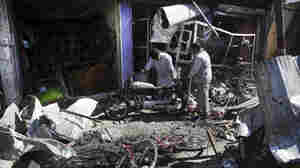 Men look at the remains of their properties at the site of a suicide attack in Kabul, Afghanistan, Monday, July 24, 2017. A suicide car bomb killed dozens of people as well as the bomber early Monday morning in a western neighborhood of Afghanistan's capital where several prominent politicians reside, a government official said. Massoud Hossaini/AP hide caption

July 24, 2017 • The Taliban has claimed responsibility for the latest attack in a wave of recent violence in Kabul. 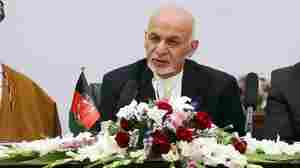 The death toll from Wednesday's bomb attack in Kabul has risen to more than 150, according to Afghan President Ashraf Ghani. He spoke at an international peace conference Tuesday in the Afghan capital. Anadolu Agency/Getty Images/Office of Press Counselor of Afghanistan Presidency hide caption 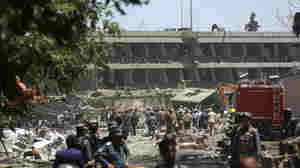 Security forces inspect the site of a massive explosion in a busy area not far from the German Embassy in Kabul, Afghanistan, on Wednesday. Rahmat Gul/AP hide caption

May 31, 2017 • At least 13 officers of the Afghan National Police were reportedly killed, and 11 U.S. contractors are among the wounded, after a massive explosion near foreign embassies. 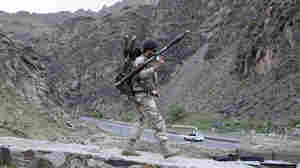 An Afghan soldier walks at a checkpoint last month on the outskirts of Kabul, Afghanistan. Rahmat Gul/AP hide caption

May 1, 2017 • A new report from a U.S. government watchdog paints a bleak picture of Afghanistan's security and corruption issues, as the U.S. considers sending more troops. 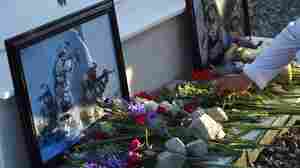 At a memorial on the Wazir Akbar Khan hilltop in Kabul on Sunday, activists pay tribute to the victims of Friday's Taliban-claimed attack on an army base. Wakil Kohsar /AFP/Getty Images hide caption

April 24, 2017 • The resignations coincided with a visit from the U.S. Secretary of Defense, as the new administration carries out a review of its Afghanistan policy. Friday's attack was the deadliest in years. 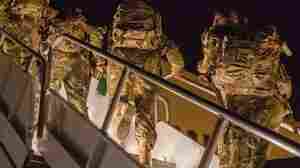 February 9, 2017 • The top U.S. commander in Afghanistan warns Congress that the war there is deadlocked and he needs more troops and billions more dollars to help allies against insurgents and foreign meddling. 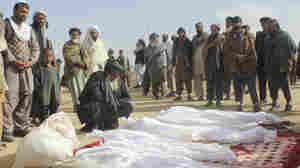 January 12, 2017 • "To defend themselves and Afghan forces, U.S. forces returned fire in self-defense at Taliban who were using civilian houses as firing positions," according to a U.S. military report. 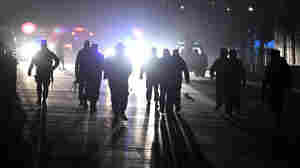 January 10, 2017 • The explosions near the parliament building in Kabul killed at least 30 people and injured at least 70. Bombings in two other provinces Tuesday also caused multiple casualties.