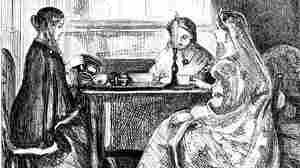 December 5, 2012 • Reformers of the 19th century warned that taking a tea break would steer Irish peasant women to thoughts of revolution. The warnings largely went unheeded. Still, it gives us pause to think about our modern-day food obsessions and how they might look to others in the future. 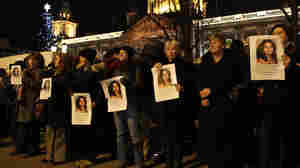 November 15, 2012 • The 31-year-old Indian dentist was denied an abortion last month when she began to miscarry her 17-week-old fetus. She died three days later. The case is prompting the predominantly Catholic country to examine the conditions under which abortions can be permitted. 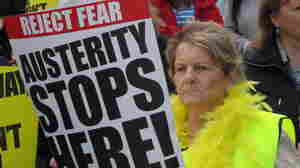 April 2, 2012 • Up to now, Ireland has been the "poster child of austerity" for the way its people have accepted some tough remedies. But thousands protested over the weekend and about half of households didn't register to pay a new tax. 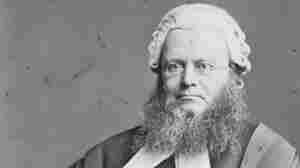 Off With Their Wigs! Irish Judges No Longer Need To Don Horsehair

October 14, 2011 • For first time since the 17th century, judges there can go without their traditional tops. It's part of a modernization and cost-saving effort.

May 23, 2011 • The trip to Ireland was a subtle way for the president to remind white voters that he has many people who look like them in his family. Indeed, his mother was one of them. It also allowed him to make the point that his American roots are far deeper than those of some critics who questioned his. 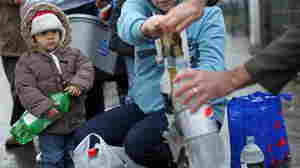 A young child held an empty bottle as people queued to recieve water from a  tap in Belfast on Wednesday. Peter Muhly/AFP/Getty Images hide caption

Water Will Be Off Or Restricted Across Ireland Into Next Week

December 30, 2010 • Pipes burst after a sudden thaw. Thousands are without water in Northern Ireland and there are limits on water use in the Republic.

December 1, 2010 • The troubles of the Irish economy are both legion and complicated. Now, the group behind the Taiwanese animated news clips handle the EU bailout, complete with an animated Celtic Tiger. 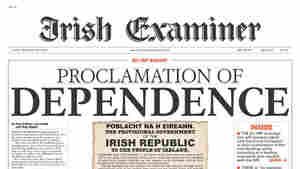 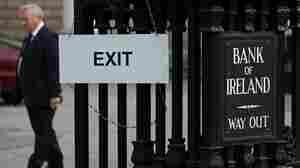 A man leaves the Bank of Ireland in Dublin, on November 15, 2010. PETER MUHLY/Getty hide caption

Irish Bailout? EU Says It's A Must 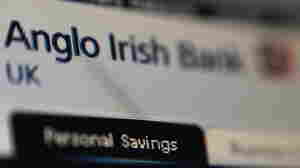 The Anglo Irish Bank logo is pictured on a computer screen in London. Ireland warned on Thursday that the state rescue of Anglo Irish Bank could cost 34.3 billion euros, pushing the public deficit up to 32 percent of economic output this year. The potential rescue bill, equivalent to 46.6 billion dollars, is roughly the same as Ireland's annual taxation revenues.  Ben Stansall/AFP/Getty Images hide caption

In Ireland, The Death Of 'The Celtic Tiger' Leads To Anger, Populist Uproar

October 2, 2010 • It will cost Ireland almost $70 billion to bail out the country's banks. Now, as the country grapples with that cost, many Irish are upset about how far their economy has fallen.

August 28, 2008 • Patrick Tracey went to Ireland to dig up the roots of the schizophrenia wrapped around his family tree.