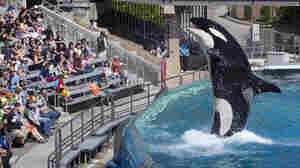 Visitors watch an orca performance at SeaWorld in San Diego this year. The company has seen attendance slip in the year since the release of a documentary film critical of the company's captive whale program. Mike Blake/Reuters/Landov hide caption

September 11, 2014 • The theme park says a 2013 documentary critical of its captive orca attraction has hurt its bottom line. Now, it's pushing back with a social media campaign and plans for new habitats for its whales. 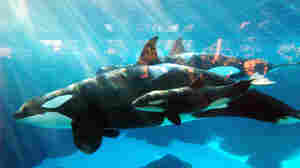 Is A Good Whale Really That Hard to Find?

March 30, 2011 • I have always loved orcas and preferred to call them that rather than killer whales. But SeaWorld's killer whale Tilikum actually lives up to the name. And now he's being put back in the tank to perform at SeaWorld's Orlando.