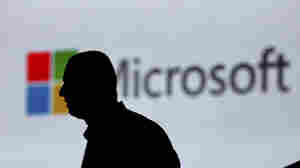 An unidentified man walks in front of the Microsoft logo at an event in New Delhi. Microsoft is at the center of a Supreme Court case on whether it has to turn over emails stored overseas. Altaf Qadri/AP hide caption

February 27, 2018 • The Supreme Court will decide whether a U.S. warrant can compel Microsoft to turn over a user's emails stored in Ireland. It also seems to want Congress to fix the dilemma. 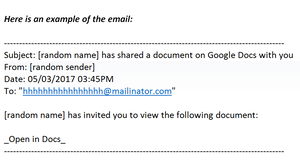 This is what the subject line may look like in the email, for people using Microsoft Outlook. The telltale sign something's amiss: that email address with that long line of H's. Screenshot by NPR hide caption

Did You Get A Weird Invitation To Edit A Google Doc? It's Best Not To Click

May 3, 2017 • The reason: It's probably not legit. A vast phishing scam has been emailing malicious files masquerading as Google Docs. Does a recent edit invitation smell fishy to you? Just delete it. 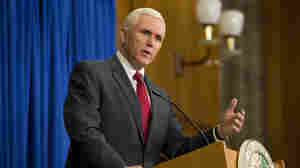 March 3, 2017 • Public records obtained by The Indianapolis Star show that Pence communicated with advisers about security issues using the AOL account, which was hacked last year. 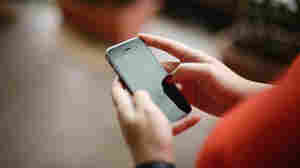 The new law was prompted by concerns over the intrusion of work into private lives. Carlina Teteris/Getty Images hide caption

January 3, 2017 • Some companies in France have already recognized the need to reduce office intrusions into personal and family time. But others worry that the new law, which went into effect Jan. 1, may not work. 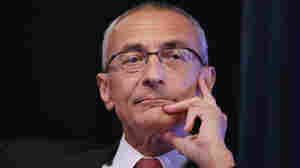 October 12, 2016 • WikiLeaks is meting out a trove of hacked emails from Clinton campaign chairman John Podesta. The latest release includes commentary on Catholicism and risotto. 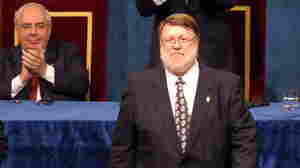 In Memoriam: Ray Tomlinson, Who Put The @ Sign In Your Email

March 7, 2016 • Do you remember your first email? Tomlinson, who died Saturday at 74, had earlier told NPR he accepted the title of "inventor of email," but his first email was forgettable and so forgotten.

March 6, 2016 • Tomlinson invented person-to-person email in 1971, at a time when a few people had personal computers. The first email was sent on a computer network that was created for the U.S. government. 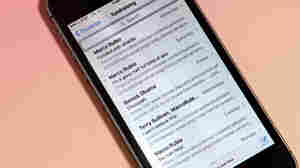 Get ready for your email inbox to be inundated this election season. Ariel Zambelich/NPR hide caption

December 15, 2015 • Online habits may be shifting to social media, but email is still the be-all and end-all for grass-roots political fundraising. Get ready for your inbox to be flooded. 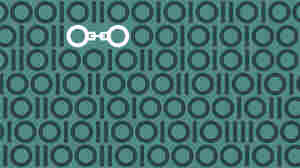 Many federal inmates have access to email but defense attorneys say they don't trust it, because prosecutors have used those emails as evidence in court. Patrick George/Ikon Images/Getty Images hide caption

November 18, 2015 • Many federal inmates have access to email but defense attorneys say they don't trust it, because prosecutors have used those emails as evidence in court. 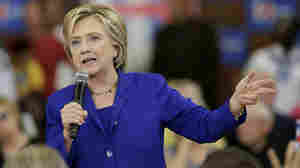 From FUBAR To Russian Phishing: The Latest From Hillary Clinton's Emails

October 1, 2015 • Russian hackers tried a phishing scheme, a White House operator didn't believe the caller was actually Clinton and she panicked after being unable to find her local NPR station. 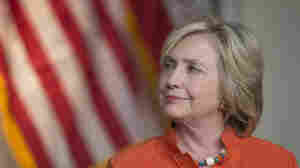 August 11, 2015 • Hillary Clinton, who is a Democratic presidential candidate, will also turn over a USB drive holding copies of the 30,000 emails she has turned over to the State Department.

To: MelbourneElm22; Subject: My Dog Peed On You Today; Body: (◕︵◕)

July 16, 2015 • In Melbourne, Australia, the city assigned trees email addresses so citizens could report problems with them. Instead, people wrote thousands of love letters to their favorite trees.

To: MelbourneElm22; Subject: My Dog Peed On You Today; Body: (◕︵◕) 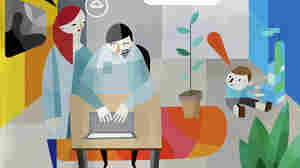 New federal rules could expand the number of employees eligible for overtime. That may lead more companies to curtail the use of work email after hours. Skopein/Getty Images/Ikon Images hide caption

July 8, 2015 • As the Obama administration looks to expand the number of employees eligible for overtime pay, more companies may curtail the use of email after hours to cut labor costs. 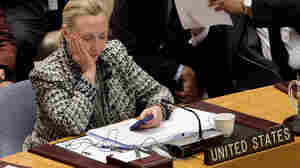 U.S. Secretary of State Hillary Rodham Clinton checks her mobile phone in March 2012 after her address to the Security Council at United Nations headquarters. While she's asked the State Department to quickly release her emails from her tenure as secretary, the process likely will take months — dragging out media coverage and critical questions. Richard Drew/AP hide caption

March 6, 2015 • Questions about Hillary Clinton's reliance on a private email account when she was secretary of state will dog the likely presidential hopeful — and the administration she worked for — for months. 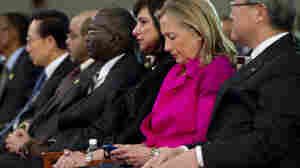 Hillary Clinton, seen here in 2011 during her tenure as secretary of state, used a personal email account instead of an official government account. POOL/Reuters /Landov hide caption

March 3, 2015 • The arrangement circumvented a process that could have automatically preserved Clinton's email communications in government archives.