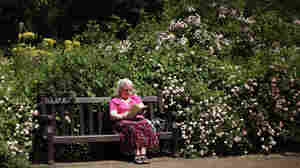 On a glorious but rare day, a woman relaxes on a bench in the rose garden in Hyde Park on Monday in London, England. The book she's reading might have turned out much different if London were known for fair weather rather than fog. Dan Kitwood/Getty Images hide caption

In A Sunny Britain, Would We Read Classics Like 'David Coppertone'?

June 12, 2014 • Much great literature is informed by British gloom, from the Hound of the Baskervilles stalking the moor to Macbeth plotting in his dark castle. We wondered how a brighter Blighty would change that. 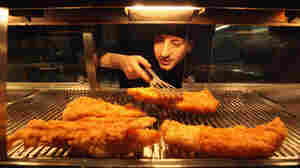 May 9, 2014 • A huge number of adults in Europe will be obese or overweight by 2030, a study predicts. Ireland has the dubious honor of leading the way. 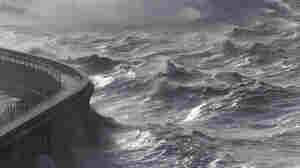 October 28, 2013 • The system, which battered the U.K. with gusts of nearly 100 mph, killed more than a dozen people there and in the Netherlands, France and Germany. 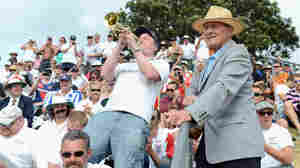 July 10, 2013 • Music is a staple at sporting venues around the world (think singing, brass bands, even cowbells). And Billy Cooper's trumpet has been a steady fixture at England's cricketing contests. But not at Trent Bridge, where England faces Australia. The ground doesn't allow instruments. Not everyone's happy. Top cricketers and the media are piping in. 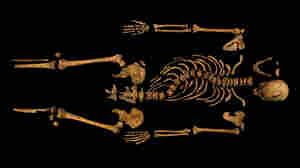 A skeleton with a cleaved skull and a curved spine entombed under a parking lot is that of Richard III, scientific tests confirmed. University of Leicester/Reuters/Landov hide caption

February 4, 2013 • A skeleton discovered under what's now a parking lot in the English city of Leicester is that of the warrior king, researchers say. They identified him by matching DNA to that of a distant relative who's alive today. 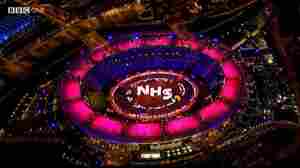 Outsiders might be unfamiliar with the U.K.'s National Health Service, but Brits love it so much that they devoted part of opening ceremonies at the 2012 London Olympics to the NHS. Courtesy of BBC One hide caption

toggle caption
Courtesy of BBC One

October 9, 2012 • The National Health Service is providing care for short-term travelers. So if you're on holiday and run out of an HIV drug, the NHS will help out, gratis. But if you're thinking of going for a long time to get free care, you're probably out of luck. 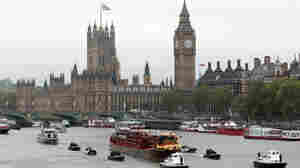 Queen Elizabeth II sailed down the River Thames on Sunday amid a motley but majestic flotilla of 1,000 vessels, mustered to mark her 60 years on the British throne. Matt Cardy/Getty Images hide caption

June 3, 2012 • Hundreds of thousands crowded the banks of the Thames Sunday to catch a glimpse of Queen Elizabeth II leading a flotilla of a thousand boats to mark her 60-year reign. 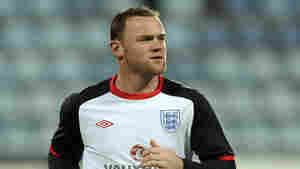 Rooney's Dad Arrested In Betting Probe, But English Star Is Ready To Play

October 6, 2011 • Wayne Rooney's father is one of the suspects being investigated because of suspicious bets placed on a match in Scotland. The soccer star has not been implicated. 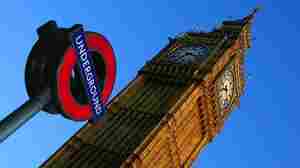 Quick — is Big Ben located in England, Ireland, or the United Kingdom — or all three places? apdk/flickr hide caption

A Quick Geography Lesson On The British Isles

February 1, 2011 • The UK, Great Britain, and England are located near each other — or better yet are comprised of one another — yet many make the common mistake of referring to them as one in the same. Fret no more — here's a fast-paced explainer/reminder on the island(s) across the pond.

December 7, 2010 • New research from the University of Warwick shows that the English of the late Middle Ages had higher levels of income than people do today in many of the world's poorest countries.