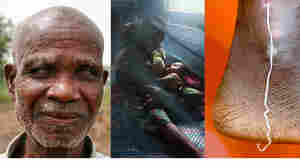 From left: Emmanuel Kwame lost his sight to river blindness as a young man in Ghana; a bed net keeps mosquitoes away from a mother and child in a Somalian hospital; extracting a guinea worm from an infected person. Getty Images and NPR hide caption

Wins And Losses In Global Health In 2016

December 23, 2016 • The editor of the New England Journal Of Medicine is a big Red Sox fan. And so he framed the year in global health in baseball terms. 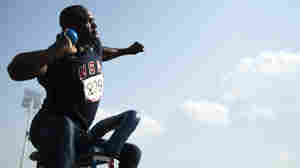 Dennis Ogbe practiced by throwing rocks and auto parts — and now is a world-class shot-putter among athletes with disabilities. Above, he competes in the Parapan American Games. Gerardo Zavala/LatinContent/Getty Images hide caption

He Was Fragile, Skinny ... And Stubborn: A Polio Survivor's Story 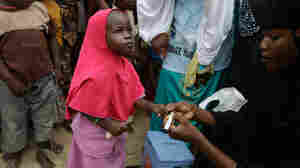 A health official inks a child's finger to indicate she has received a polio vaccine last month at a camp of people displaced by Islamist extremists in Nigeria. Sunday Alamba/AP hide caption

How Boko Haram Is Keeping Polio Alive In Nigeria

September 14, 2016 • Last year the country was declared polio-free. Now there are three new cases. And Boko Haram militants are the biggest obstacle to getting rid of the virus.

How Boko Haram Is Keeping Polio Alive In Nigeria 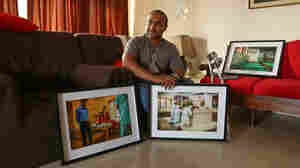 Gautam Lewis, now 39, poses with some of the photographs he has taken that trace the life and work of Mother Teresa, who took him in when he was 3. The images are part of an exhibition Lewis has staged in Kolkata as an homage to the woman he calls his "second mother." Rohan Chakravarty for NPR hide caption

September 2, 2016 • The child, who had contracted polio, was taken in by Mother Teresa when he was 3. What has happened since sounds like a fairy tale. 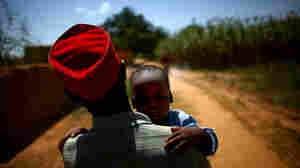 Ado Ibrahim carries his son Aminu through a village in northern Nigeria. Aminu was paralyzed by polio in 2012. David P. Gilkey/NPR hide caption

August 12, 2016 • The two new polio cases in Nigeria are the first detected on the African continent in more than two years. 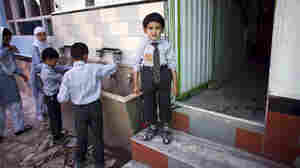 June 6, 2016 • He knew how to make kids laugh. He'd put his camera right up in a subject's face. And he was sometimes afraid but he would "push through the fear." 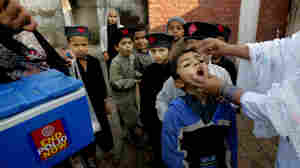 April 17, 2016 • 155 countries and territories are switching to a different polio vaccine, in what health officials say is the next step to completely eradicating the disease worldwide. 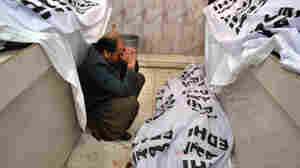 A Pakistani mourner sits alongside bodies of blast victims following a bombing near a polio vaccination center at a hospital in Quetta. Banaras Khan/AFP/Getty Images hide caption

January 15, 2016 • The bombing in Quetta, Pakistan, is the latest of several attacks on polio vaccination centers. We asked an expert to put the incident in context. 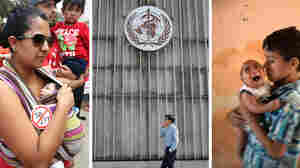 Global Health Forecast For 2016: Which Diseases Will Rise ... Or Fall?

January 4, 2016 • What will be the big stories of 2016? Four experts offer their best guesses. They worry about Zika virus and malaria. But not all their predictions are downers. 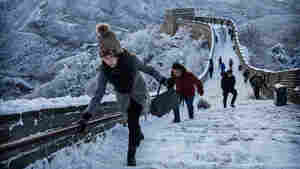 If you're heading to China, check out the list of recommended vaccines. And be careful on that ice! Kevin Frayer/Getty Images hide caption

If It's Tuesday, It Must Be Mumps: Medical Tips For Year-End Travelers 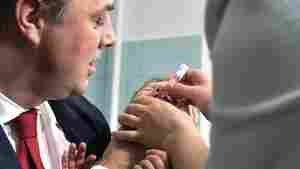 Ukrainian deputy minister of health Igor Pereginets holds a 2-year-old getting a polio vaccination in Kiev on October 21 — part of a campaign launched after two cases were reported in September. Genya Savilov/AFP/Getty Images hide caption

WHO Asks Ukraine To Declare A State Of Emergency. The Reason? Polio 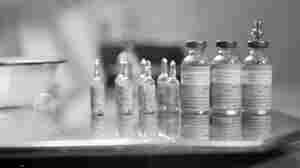 November 10, 2015 • The World Health Organization will start phasing out the oral vaccine next spring. 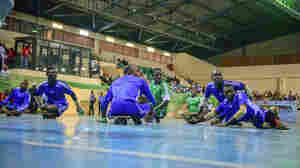 Polio survivors compete in a para-soccer tournament in Abuja, the capital of Nigeria. Lemmy Ijioma/Courtesy of Rotary International hide caption

November 2, 2015 • Polio paralyzed Sani Muntari as a child. That didn't keep him from school or off the soccer field. And he's played a key role in making Nigeria polio-free. 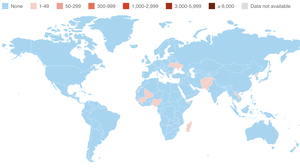 October 26, 2015 • Nigeria is now off the list — the last case was in 2014. That leaves Afghanistan and Pakistan as the last two countries harboring the virus. 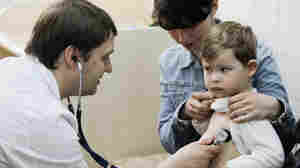 Two polio cases have been reported in Ukraine, where some parents are fearful of vaccinations. Above: A child receives the diphtheria, whooping cough and tetanus vaccine in a children's hospital in Kiev. Sergei Chuzavkov/AP hide caption

September 10, 2015 • Three new cases have raised questions about how the virus can suddenly reappear in a place where it had previously been eradicated.