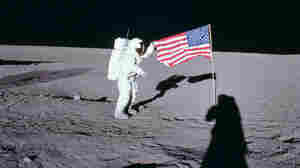 November 19, 2019 • Everyone knows about Apollo 11, the first moon landing. And about ill-fated Apollo 13. Between them is the forgotten mission — Apollo 12. 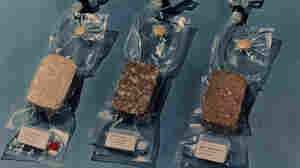 Some of the space food that was scheduled to be carried on the Apollo 11 lunar landing mission included (from left to right): chicken and vegetables, beef hash, and beef and gravy. Bettmann/Bettmann Archive hide caption

50 Years After Apollo 11, Here's What (And How) Astronauts Are Eating

July 21, 2019 • Ever since astronaut John Glenn's first bite of applesauce in 1962, eating in space has been a challenge. NPR talks to former NASA food scientists to see how cosmic cuisine has evolved over the years. 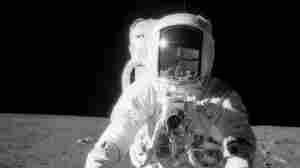 Alan Bean, Apollo 12 Astronaut Who Walked On The Moon, Dies At 86

May 26, 2018 • Bean was the lunar module pilot of Apollo 12, which made the second moon landing, in 1969. Later in life, as a painter, he chronicled the people and experience of the Apollo program.

Alan Bean, Apollo 12 Astronaut Who Walked On The Moon, Dies At 86 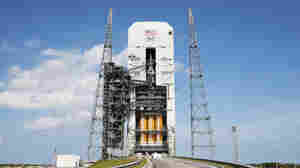 The Orion capsule is poised to make its first test flight Thursday. If all goes as planned, the unmanned vehicle will orbit Earth twice before splashing into the Pacific Ocean. Kim Shiflett/NASA hide caption

December 2, 2014 • The new vehicle, named Orion, is designed to carry humans into deep space. But most Americans aren't aware it exists. 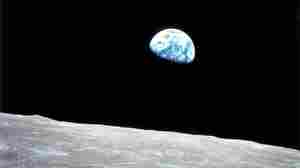 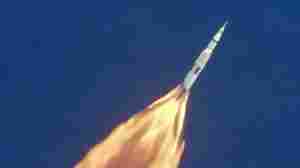 Apollo 11 climbs toward orbit after liftoff on July 16, 1969. In 2 1/2 minutes of powered flight, the S-IC booster lifts the vehicle to an altitude of about 39 miles, some 55 miles downrange. NASA hide caption

March 20, 2013 • Some of the most powerful U.S. rocket engines ever built have been raised from the depths off Florida. The Apollo-era motors are to be restored and put on display. Meanwhile, NASA has pulled unused copies of the same engine out of storage and fired them up as part of its program to build new heavy lift rockets.

September 6, 2011 • Though not close-ups by any stretch of the imagination, the images do offer more detail than other photos taken two years ago by the Lunar Reconnaissance Orbiter, which is now circling the moon.