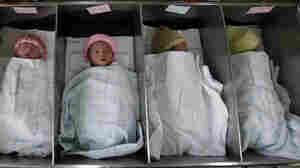 The world's population is growing by about 83 million people each year. The growth is largely driven by birth rates in the world's poorest countries. Sakchai Lalit/AP hide caption

June 22, 2017 • The population growth is being driven by high birth rates in developing nations as well as higher life expectancy worldwide. 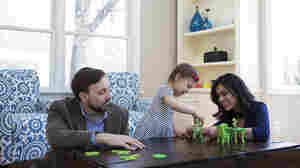 August 18, 2016 • For some climate activists, the personal decision to have a child is also fraught with moral consequences: the negative impact on the environment, and on the quality of life for those children. 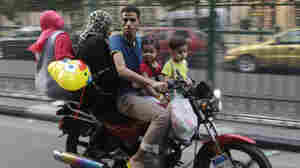 An Egyptian family squeezes onto a motorbike in Cairo in this 2014 photo. After falling for decades, the country's birthrate has been rising in recent years. Egypt now has more than 90 million people, more than twice as many as any other Arab nation. Amr Nabil/AP hide caption

July 14, 2016 • The economy is not growing fast enough to keep up. A mother of nine children talks about her failed efforts to control her family's growth or provide for her kids. 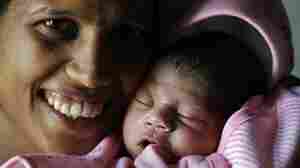 Several babies born today have been deemed the symbolic 7 billionth person — including a little girl named Nargis in Lucknow, India. Here she is with her mother, Vinita.

October 31, 2011 • While the U.N. has declared that the world's population hit 7 billion today, it also concedes there's a 1 to 2 percent margin of error. And that the milestone might have been reached six months ago — or might not happen for another six months.