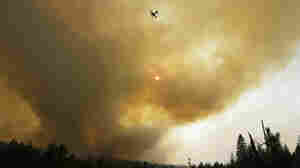 An airplane used to fight wildfires flies over a blaze that flared up near Omak, Wash., on Thursday. Ted S. Warren/AP hide caption

August 28, 2015 • The agency says it's now spending record amounts on fire suppression, and these bills are coming at the expense of its other programs — many of which would help prevent future wildfires. 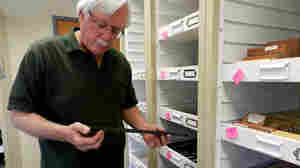 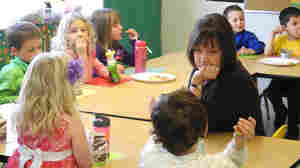 Idaho preschool teacher Mary Allen listens to one of her students during their afternoon snack time. The state doesn't have public preschool, so programs are paid for through a hodgepodge of funding sources. Emilie Ritter Saunders/KBSX hide caption

In Idaho School District, Preschool At Risk Without Federal Funds

March 12, 2015 • Congress has not reauthorized special assistance for rural communities this year. But to pay for extra programs like preschool, Basin School District doesn't have many other options.

In Idaho School District, Preschool At Risk Without Federal Funds 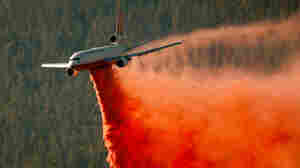 August 18, 2014 • The agency's fleet of planes shrank dramatically in the early 2000s, falling from 40 air tankers to nine. Now, the addition of new airplanes is both expanding and modernizing the firefighting fleet. 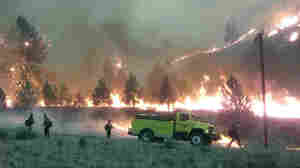 A U.S. Forest Service photo shows firefighters near the perimeter of the Elk Complex fire near Pine, Idaho, last summer. Lawmakers are calling for a change in the way America pays for wildfire disasters. AP hide caption 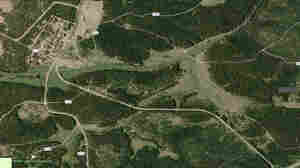 A Wyoming man has won a Supreme Court case fighting efforts to route the Medicine Bow Rail Trail through his family's property. On this map, the trail is the unmarked route moving from the lower right toward Fox Park, where Marvin Brandt lives. Google Maps hide caption

March 10, 2014 • "They want to bring a train through here, that's fine," a Wyoming landowner says. "We never expected and we never agreed to a bicycle trail." His family is fighting a rails-to-trails conversion. 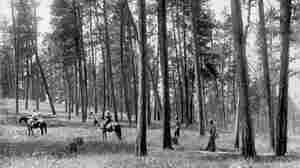 1909. Facing nearly due west from ridge northeast of Como Lake. Light selection cut in open ponderosa pine. Ground cover is comprised of perennial grasses and forbs, including basalmroot. A few low-growing bitterbrush plants can be seen in the vicinity of horses and in distance on left. A group of willows can be seen behind horsemen at left center. Photo 87357/U.S. Forest Service hide caption

August 23, 2012 • For the past century, the Forest Service has been sending photographers out to the same 13 points in Bitterroot National Forest in Montana every decade or so. The resulting photo series shows just how dynamic our forests really are. 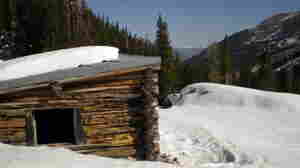 In Colorado, Frozen Cows Are A Conundrum In Conundrum

April 18, 2012 • Six of the animals died in a cabin and then froze over the winter. It's in a popular area for hiking near Aspen. But it's hard to get to, and trucks and chain saws can't be used. Now officials are trying to figure out what to do.