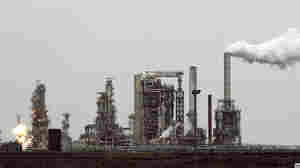 A refinery in Anacortes, Wash. In 2016, voters in Washington state rejected an initiative that would have taxed carbon emissions from fossil fuels such as coal and gasoline. Ted S. Warren/AP hide caption

February 28, 2017 • A long-shot idea has received recent attention: a plan that would set a price on carbon to encourage energy efficiency and limit the impact of climate change. Even the new CEO of Exxon Mobil backs it. 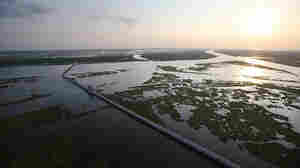 Wetlands and marshlands that once protected New Orleans and the surrounding areas from storm surge have been depleted over the years. Here, the $1.1 billion Lake Borgne Surge Barrier outside New Orleans in 2015. Mario Tama/Getty Images hide caption

January 23, 2017 • Louisiana has a $90 billion plan to fight coastal erosion. Gov. John Bel Edwards says suing oil and gas firms, which have contributed to the damage, will help foot the bill. But he faces obstacles. 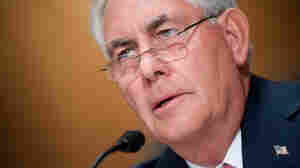 January 11, 2017 • The Exxon Mobil CEO had, at times, a shaky hearing before the Senate Foreign Relations Committee on Wednesday. He's still expected to win confirmation, but perhaps narrowly. 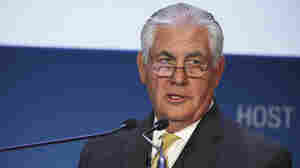 Former Exxon Mobil Chairman and CEO Rex Tillerson will give up about $7 million compared with what he would have received had he retired in March as planned. His confirmation hearings for secretary of state are tentatively set to begin Jan. 11. Jon Gambrell/AP hide caption

January 4, 2017 • President-elect Donald Trump's nominee to become U.S. secretary of state is in line to receive a $180 million retirement package. 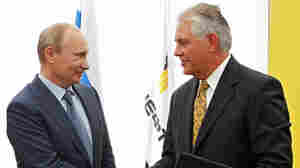 December 15, 2016 • The secretary of state nominee has headed a global oil giant that has sometimes taken positions on Russia and other countries that were at odds with the U.S. government. 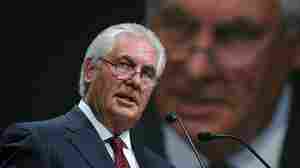 ExxonMobil Chairman and CEO Rex Tillerson is Donald Trump's pick for secretary of state. Liberals have howled over his nomination and so have some GOP hawks. But should they? Eric Piermont/AFP/Getty Images hide caption

Should Trump Foes See Tillerson At State As Last Straw Or First Ray Of Hope?

December 14, 2016 • Whether Trump ultimately follows his team of hotspurs or uses them as heat shields as he negotiates a new reality, he sees them all as serving his purpose — not the other way around. 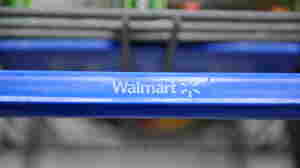 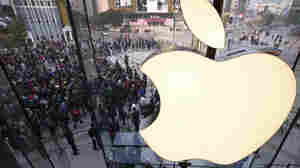 In this Oct. 20, 2012 photo, people line up to enter a newly opened Apple Store in Beijing. Exxon has once again surpassed Apple as the world's most valuable company after the iPhone and iPad maker saw its stock price falter. Andy Wong/AP hide caption

January 25, 2013 • Apple stock has dropped sharply since it announced earnings that disappointed analysts. Now the tech tastemaker is paying another price, losing its crown as the world's most valuable company to Exxon Mobil. Exxon's market capitalization totaled $417 billion Friday, $4 billion more than Apple's. 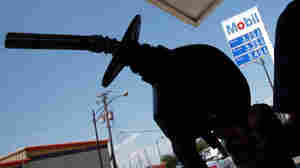