April 29, 2015 • The Wall Street Journal is reporting that the family of Warren Weinstein paid $250,000 to his captors after the FBI helped facilitate the payment. Weinstein was killed in a U.S. drone strike.

April 23, 2015 • Lo Porto was kidnapped in January 2012 soon after he returned to work in Pakistan. President Obama announced Thursday that the Italian aid worker was inadvertently killed in January in a U.S. strike. 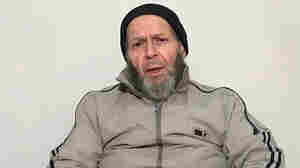 This image made from video released to reporters in Pakistan in 2013 shows Warren Weinstein, the U.S. aid worker who was kidnapped in Pakistan by al-Qaida in 2011. The White House says Weinstein and another hostage were inadvertently killed during U.S. counterterrorism operations in a border region of Afghanistan and Pakistan in January. AP hide caption

April 23, 2015 • The USAID contractor was kidnapped in 2011 from his home in Pakistan just days before he was scheduled to leave the country. He spent much of his career in some of the world's toughest places. 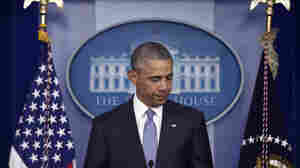 President Obama expresses his condolences today to the families of the American and Italian aid workers killed in a U.S. counterterrorism operation in January. Susan Walsh/AP hide caption

April 23, 2015 • Two Americans who worked for al-Qaida were also killed in the counterterrorism operations in January, the White House said. The two hostages killed included an Italian who had been held since 2012. 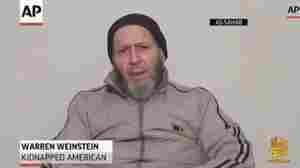 Warren Weinstein, who was kidnapped in Pakistan in August 2011, in a video sent to news outlets by al-Qaida's media wing. The Associated Press hide caption

American Kidnapped By Al-Qaida In Pakistan Seen In Video

December 26, 2013 • Warren Weinstein, 72, was snatched from his home in Lahore, Pakistan, more than two years ago. In a video sent to news outlets by al-Qaida's media wing, Weinstein is heard appealing to President Obama to negotiate his release.

Hostage In Pakistan Is Aid Expert

May 7, 2012 • Warren Weinstein was kidnapped last August. Al-Qaida says he'll be released if the U.S. stops airstrikes in Pakistan and elsewhere. Weinstein says in a new video that he'll be killed if President Obama doesn't agree to the demands.