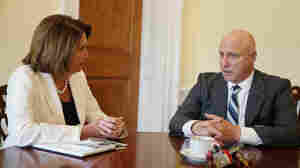 May 1, 2017 • The Top Chef judge, restaurateur and hunger advocate says many of our nation's problems are related to food. One of the biggest ways to address this is to make meals more nutritious and accessible. 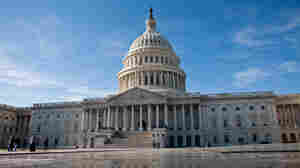 Congress has unveiled a spending bill to keep the government running that also weighs in on plenty of food policy issues. Brendan Hoffman/Getty Images hide caption

December 16, 2015 • As lawmakers revealed a spending bill to keep the government running, they also took the time to weigh in on school lunch, GM salmon, calorie postings on menus and meat labels. 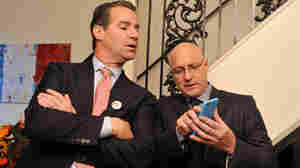 Chefs Kerry Heffernan and Tom Colicchio pose for a photo at Bearnaise, a Capitol Hill restaurant, on Tuesday before setting out for a day of lobbying lawmakers. Kris Connor/Getty Images hide caption

October 30, 2015 • As food policy gets more attention in Washington, lobbying groups are training chefs to stir up Congress. The hope is that they'll sway lawmakers on issues like school lunch and GMO labels. 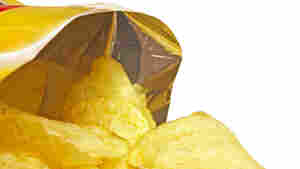 February 26, 2013 • From food scientists who study the human palate to maximize consumer bliss, to marketing campaigns that target teens to hook them for life on a brand, Pulitzer Prize-winning journalist Michael Moss' new book goes inside the world of processed, packaged goods. 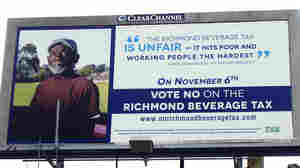 A sign protesting a beverage tax in Richmond, Calif. The U.S. soft drink industry has fought proposals that would put a tax on sugar sweetened beverages like sodas and energy drinks. Braden Reddall/Reuters /Landov hide caption

December 3, 2012 • Two top food policy experts square off on the role the food industry should play in the global battle against obesity recently, and the answers are as complex, interconnected and political as ever.