August 2, 2015 • After facing threats, Rubén Espinosa fled to Mexico City seeking refuge. He was found dead along with four other people at an apartment in the capital, which had in the past been seen as a safe-haven. 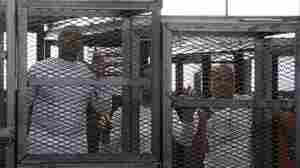 Al-Jazeera English journalists Mohammed Fahmy, left, Baher Mohamed, center, and Peter Greste, right, appeared in a cage during their trial on terrorism-related charges in Cairo in March 2014. The journalists denied all charges. Greste, an Australian, was released earlier this year, but Fahmy, a Canadian-Egyptian, and Mohamed are still on trial. Heba Elkholy/AP hide caption

July 12, 2015 • It's not easy being a journalist in Egypt. The government sometimes tries to control the words reporters use, and new legislation could carry fines or jail time for contradicting the state. 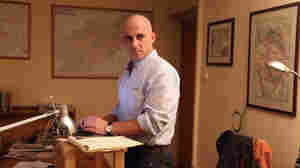 August 21, 2014 • New York Times correspondent Matthew Rosenberg was forced to leave Afghanistan after officials called one of his recent stories a threat to national security.

March 12, 2013 • Malian authorities continue to hold newspaper publisher Boukary Daou for printing an open letter to Malian authorities. The letter warns that Malian soldiers could lay down their weapons in the fight against Islamist militants unless they're told why a former coup leader is getting a huge salary.