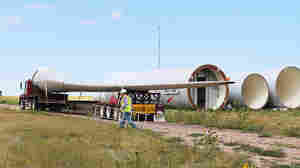 September 10, 2019 • While wind energy is marketed as the future's green energy solution, turbines last only about 20 years, and disposing of their behemoth fiberglass blades is both complicated and costly. 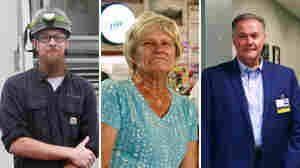 In Somerset County, Pa., coal was once the economic backbone. But as technology advanced, mines around the country began laying off workers, replacing them with machinery. Laura Roman/NPR hide caption

July 20, 2017 • Somerset County in southwestern Pennsylvania is deep coal country. For years, it's been looking to remake itself. Wind energy and health care may be its future — if it can attract qualified workers. 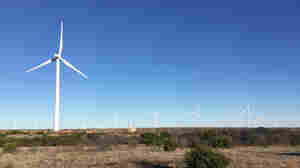 Part of one of the world's biggest renewable energy systems, wind turbines dot the landscape on the edge of Sweetwater, Texas, along with a pump jack pulling up oil. Ari Shapiro/NPR hide caption 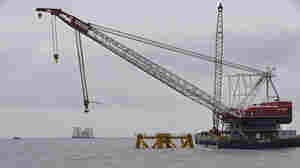 The first foundation jacket installed by Deepwater Wind in the nation's first offshore wind farm construction project is seen next to a construction crane on Monday, on the waters of the Atlantic Ocean off Block Island, R.I. Stephan Savoia/AP hide caption

August 1, 2015 • Rhode Island is trying to have more success than a similar project off the coast of Massachusetts. However some residents worry the farm will disrupt the ocean view.