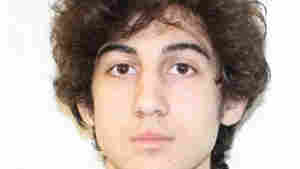 May 13, 2015 • The jury will decide whether 21-year-old Dzhokhar Tsarnaev should be sentenced to death or life in prison. They are expected to begin deliberations today. 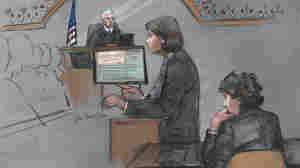 Fate Of Accused Boston Marathon Bomber In The Hands Of Jury

April 7, 2015 • Dzhokhar Tsarnaev's conviction is almost certain — given his lawyer acknowledged he participated in the deadly 2013 attack. If he is convicted, the jury will decide if Tsarnaev should be executed. 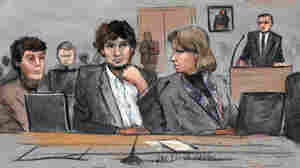 April 6, 2015 • The prosecutor said the attack was a "cold, calculated terrorist act" carried out by Dzhokhar Tsarnaev. His defense argued there would have been no bombing without Tsarnaev's older brother. 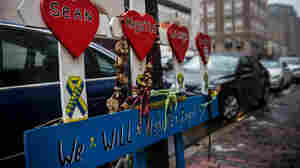 A memorial at the site of the first explosion in the Boston Marathon bombing. Defense attorneys say too many people in the potential jury pool have some kind of personal connection to the case. Andrew Burton /Getty Images hide caption

January 26, 2015 • Dzhokhar Tsarnaev's attorneys are again asking that his trial, now in the jury selection phase, be moved. Lawyers say they have data showing that enough impartial jurors cannot be found in the city. 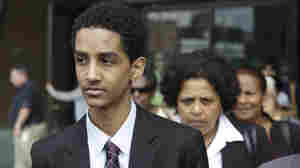 Robel Phillipos leaves federal court on Friday in Boston after he was arraigned on charges of hindering the investigation of Boston Marathon bombing suspect Dzhokhar Tsarnaev. Stephan Savoia/AP hide caption

April 25, 2013 • Authorities have identified the body of Sunil Tripathi, a missing Brown University student who was erroneously implicated on social media in the Boston Marathon attacks.