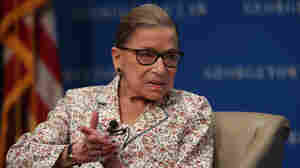 November 23, 2019 • The 86-year-old justice was hospitalized on Friday. In a statement Sunday, the Supreme Court said Ginsberg is now home and "doing well." 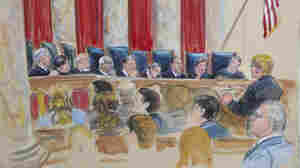 Ginsburg, sketched here with the rest of the Supreme Court last year, worked from home on the cases the court heard in January. On Tuesday, she returned to the bench. Dana Verkouteren/AP hide caption

February 19, 2019 • The justice has been recovering at home since late December. She missed January's oral argument days but participated in those 11 cases based on written briefs and transcripts of the arguments. 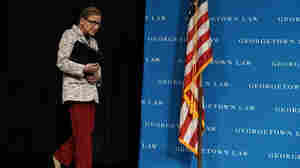 November 8, 2018 • The 85-year-old justice fell in her office at the U.S. Supreme Court on Wednesday evening. She has been hospitalized for "observation and treatment." 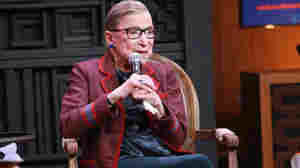 October 18, 2018 • Jane Sherron De Hart's biography sheds light on personal and professional challenges Ginsburg faced on the way to the top and puts the Supreme Court justice's life in context. 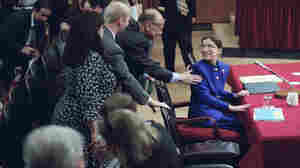 The Ginsburg Rule: False Advertising By The GOP

The Ginsburg Rule: False Advertising By The GOP 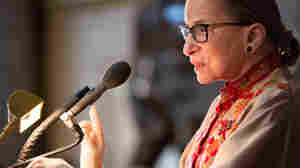 July 14, 2016 • "Judges should avoid commenting on a candidate for public office. In the future I will be more circumspect," the Supreme Court Justice said in a statement Thursday. 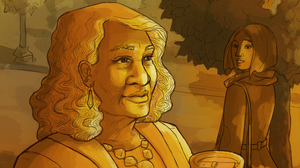 December 9, 2015 • Cool grannies aren't just a meme. They're proof that getting older doesn't have to be about loss — it's about living freely and on your own terms. 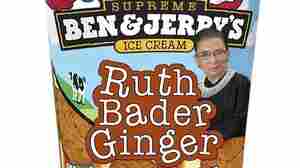