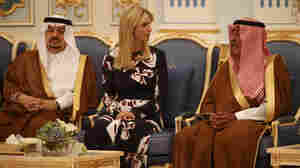 Ivanka Trump participates in a presentation ceremony of The Collar of Abdulaziz Al Saud Medal to President Trump at the Royal Court Palace on Saturday in Riyadh. Evan Vucci/AP hide caption

May 21, 2017 • As a candidate, President Trump regularly criticized the Clinton Foundation for taking money from Middle East despots. But these donations are different. 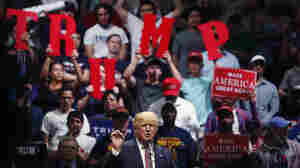 Donald Trump blasted Hillary Clinton for her family's own charitable foundation and alleged conflicts of interest during the campaign. Gerald Herbert/AP hide caption

December 27, 2016 • Trump blasted the media for not reporting on his charitable giving through the foundation. In fact, Trump hasn't given his own money since 2008, and the organization has been embroiled in scandal. 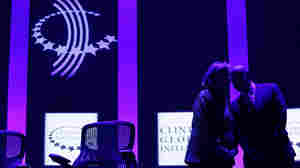 October 17, 2016 • They're both foundations, and they've both become political liabilities for the major presidential candidates. But beyond that, the Clinton and Trump foundations have remarkably little in common. 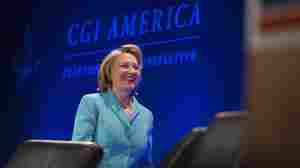 Hillary Clinton has defended the Clinton Foundation against allegations that it was a front for a "pay to play" scheme while she was secretary of state. Scott Eisen/AP hide caption

August 25, 2016 • Donald Trump has centered on a key attack against Hillary Clinton: He says the Clinton Foundation was a pay-to-play front that enabled Hillary and Bill Clinton to trade government access for money. 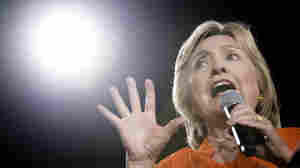 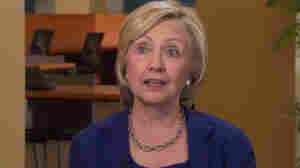 July 7, 2015 • Hillary Clinton worked to paint herself as honest and trustworthy in her first national television interview of the 2016 campaign, pointing the finger at Republicans for damaging accusations. 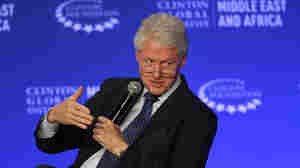 May 21, 2015 • Bill, Hillary and Chelsea Clinton charge hundreds of thousands of dollars to talk to banks, universities and other groups, and give the proceeds to the family's philanthropic foundation.

Stephanopoulos Apologizes For Not Disclosing Donations To Clinton Foundation

May 14, 2015 • The ABC News anchor gave the foundation $75,000 over three years. He says he thought the donations were a matter of public record.