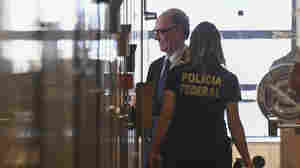 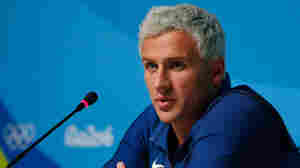 U.S. Olympic swimmer Ryan Lochte has been cleared by a Brazilian court of criminal charges for filing a false robbery during the 2016 Olympics in Rio de Janeiro. Matt Hazlett/Getty Images hide caption

July 15, 2017 • The court said that it dismissed the case after determining that Lochte's robbery claim made to NBC did not constitute filing of a fake report, a crime punishable by up to 18 months in prison. 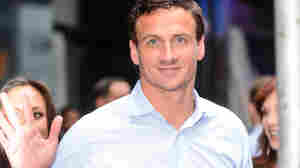 September 8, 2016 • Saying "the behavior of these athletes was not acceptable," the U.S. Olympic Committee levies suspensions on Ryan Lochte and three other athletes involved in an ill-fated night out in Rio. 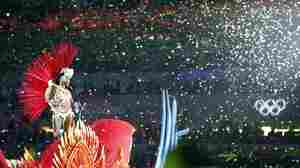 The closing ceremony of the Rio Games on Sunday gave the city one last chance to party at the Olympics. Odd Andersen/AFP/Getty Images hide caption

August 22, 2016 • The nuanced vibe of a city can't be captured by an aerial "spider camera" that crawls far above everyone's heads. 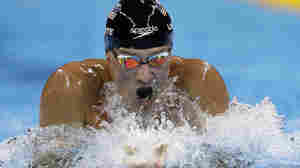 Ryan Lochte competes in the men's 200-meter individual medley final at the Summer Olympics in Rio de Janeiro on Aug. 11. A couple of days later, he reported he had been robbed at a local gas station — a story that turned out to be false. Now Speedo, one of his major sponsors, says it's dropping him. Michael Sohn/AP hide caption

August 22, 2016 • Saying it can't condone Ryan Lochte's behavior in Rio, swimwear company Speedo says it's donating part of Lochte's fee — $50,000 — to Save the Children, earmarked for children in Brazil. 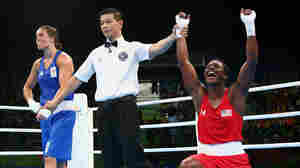 Claressa Maria Shields of the U.S. celebrates her gold medal win over Nouchka Fontijn of the Netherlands in the women's middleweight bout at Riocentro, on the last day of the Rio 2016 Olympic Games. Alex Livesey/Getty Images hide caption

August 21, 2016 • At just 21, Michigan native Clarissa Shields becomes the first U.S. boxer — male or female — to repeat as an Olympic champion. She beat the Netherlands' Nouchka Fontijn in Rio Sunday. 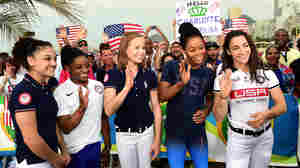 August 21, 2016 • "I'm afraid the flag is going to be too heavy for me because Michael Phelps is so much taller and he seemed to carry it so easily," Simone Biles says, in a light moment at the end of the games. 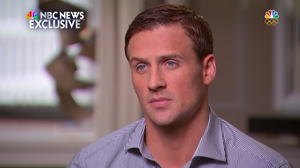 August 21, 2016 • The U.S. swimmer seemed contrite as he took "full responsibility" for an exaggerated version of the events. He apologized for tarnishing the accomplishments of Olympians with his "immature behavior." 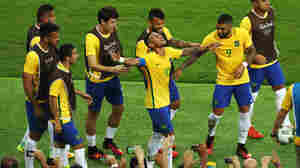 Neymar of Brazil is surrounded by teammates as he celebrates scoring the first goal in the men's soccer final against Germany at Rio's Maracana Stadium. Neymar made the crucial penalty kick that won the game for Brazil. Buda Mendes/Getty Images hide caption

August 20, 2016 • Brazilian star Neymar opened the scoring midway through the first half, bending a beautiful free kick. More than an hour later, he finished the game off on a penalty kick. 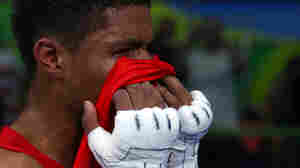 August 20, 2016 • "I was in my own world, I was crushed," says boxer Shakur Stevenson, 19, after losing the gold medal to Cuba's Robeisy Ramirez at Rio's Summer Olympics in a split-decision Saturday.

At Olympic Race Walking, A Novice Spectator Finds A Cure To Lochterrhea

August 20, 2016 • When the Olympics is too much with us, it's time to try something new. A trip to Friday's race walk gold medal race seemed like just the thing — and it was. 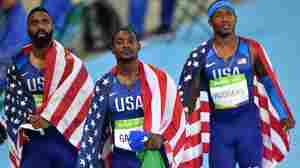 August 20, 2016 • In a post-race interview that lasted less than three minutes, Gay used the word "weird" no fewer than seven times to describe how this race went for the Americans. 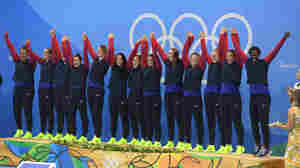 August 19, 2016 • It's the most goals ever scored in a women's water polo final, and the widest margin of victory. 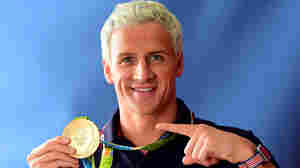 August 19, 2016 • After the head of the U.S. Olympic Committee issued a formal apology to Rio and Brazil over the U.S. swimmers' behavior, star athlete Ryan Lochte broke his silence over a debunked robbery claim. 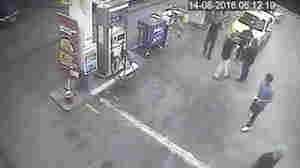 August 18, 2016 • Apologizing for the behavior of Ryan Lochte and three other swimmers, Scott Blackmun announced that two of them have left Rio. A third is reportedly paying out nearly $11,000 to get his passport back.