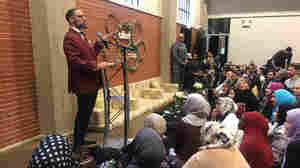 In one of his last talks before taking a leave of absence, Usama Canon addresses a crowd at Ta'leef Chicago's campus. Today his legacy is in jeopardy. Leila Fadel/NPR hide caption

December 5, 2019 • An American Muslim organization severed ties with its founder over allegations of abuse. It reignited a conversation among American Muslims about how to hold faith leaders accountable. 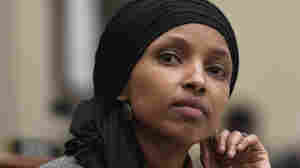 Rep. Ilhan Omar (D-Minn.) is one of the first Muslim women elected to Congress. She has been the target of criticism and censure for statements regarded as anti-Semitic. Many other prominent black Muslim leaders say her experience is familiar. Susan Walsh/AP hide caption

May 15, 2019 • Many say the storm of criticism around Ilhan Omar (D-Minn.), the first black Muslim woman in Congress, is more about who she is than what she says. Her experience is familiar to other Muslim leaders. 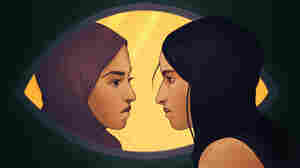 I Am Not Your Muslim

May 6, 2017 • An "identity matrix" is a trap that presents itself as the answer to broad-brush generalizations about Muslims as terrorists or radicals, but actually ends up being similarly simplistic. 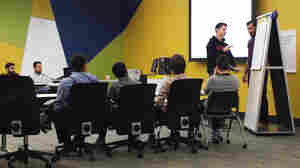 The World Changers group brainstorms on what to do to clarify their message of Islam. Paola Marizán/WNIN hide caption

January 27, 2016 • These millennials and teenagers no longer want to stay silent. They are using what they know best — the Internet — to counter the Islamic State's propaganda.