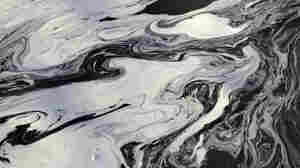 Coal ash swirls on the surface of the Dan River following one of the worst coal-ash spills in U.S. history into the river in Danville, Va., in February 2014. The Environmental Protection Agency wants to ease restrictions on coal ash and wastewater from coal plants. Gerry Broome/AP hide caption 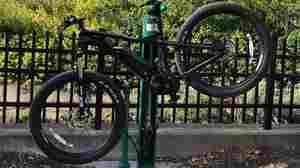 An e-bike resembles a regular bicycle, with its batteries and electric motor integrated into the bike's frame. Enthusiasts see e-bikes on national park trails as a great thing, but some traditional riders and environmentalists see big problems ahead. Mark Arehart/WKSU hide caption

National Parks Trying To Get A Handle On E-Bikes

October 21, 2019 • Electric assisted bicycles are on trails in the national parks. Enthusiasts think that's a great thing, but some traditional riders and environmentalists see big problems ahead.

National Parks Trying To Get A Handle On E-Bikes 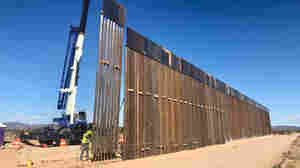 A 30-foot border barrier — as tall as a two-story building — rises from the desert near Lukeville, Ariz. Laiken Jordahl /Center for Biological Diversity hide caption

October 13, 2019 • The Customs and Border Protection agency says it is doing its best to reduce impact to the environment and tribal citizens. Conservationists and Native Tribes in the area are not appeased. 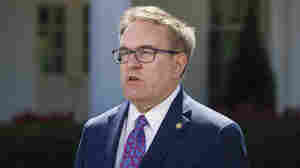 Environmental Protection Agency administrator Andrew Wheeler speaks during a television interview in front of the West Wing of the White House, on Sept. 19, 2019. Wheeler has threatened to withdraw billions of dollars in federal highway money unless California clears a backlog of air pollution control plans. Alex Brandon/AP hide caption 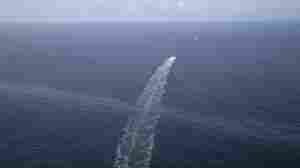 The wake of a supply vessel heading toward a working platform crosses over an oil sheen drifting from the site of the former Taylor Energy oil rig in the Gulf of Mexico in 2015. The Coast Guard says it has contained the oil spill. Gerald Herbert/AP hide caption

May 16, 2019 • The Taylor Energy oil spill began after Hurricane Ivan triggered an underwater mudslide and caused the company's oil platform to topple and sink. 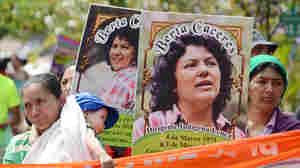 November 30, 2018 • Berta Cáceres was killed in western Honduras in 2016 and her murder brought renewed attention to the dangers environmentalists face in Central America. 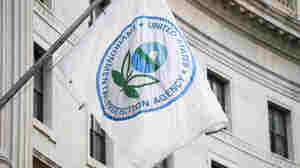 The Environmental Protection Agency have been hard-pressed to find any advocates for rolling back regulations in an online public comment forum. Bill Clark/CQ-Roll Call Inc. hide caption

May 19, 2017 • The Environmental Protection Agency asked for public input on "job-killing regulations" and has received more than 28,000 comments, many of which urge the agency not to roll back protections. 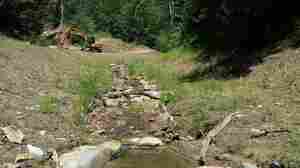 In coal country, restoring streams like this one near Logan, W.Va., is a big business. But the practice remains controversial among some scientists. Courtesy of Canaan Valley Institute hide caption

April 13, 2017 • Though President Trump speaks about how environmental regulations kill jobs, in some areas, the regulations help create them. In coal country, restoring streams is steady work. 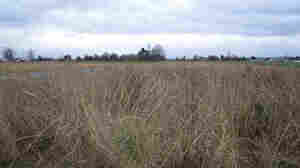 February 8, 2017 • Researchers have developed a new wheat-like species called Salish Blue that grows back year after year, which not only cuts down on work for farmers, but helps prevent erosion and agricultural waste. 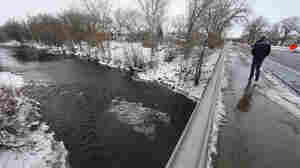 May 23, 2016 • Western states like Colorado are balancing competing demands for waterways. When different groups find themselves at odds, how can water resources be divided fairly? 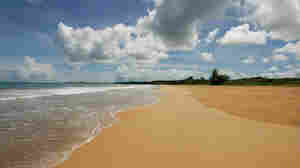 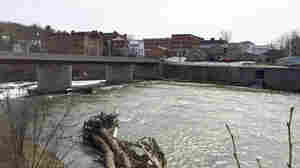 The village of Hoosick Falls, N.Y., sits along the Hoosick River in eastern New York. Elevated levels of a suspected carcinogen known as PFOA were found in the village's well water, which is now filtered. Hansi Lo Wang/NPR hide caption

March 31, 2016 • A chemical widely used to make many water-resistant and nonstick items can be found in many community water supplies. But elevated levels of PFOA are turning up in three Northeastern states.