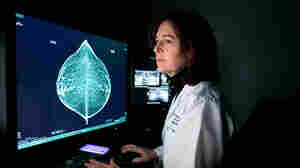 "The optimist in me says in three years we can train this tool to read mammograms as well as an average radiologist," says Connie Lehman, chief of breast imaging at Massachusetts General Hospital in Boston. Kayana Szymczak for NPR hide caption

April 1, 2019 • Artificial intelligence is now being brought to bear on mammograms and could improve the accuracy of diagnoses. But previous computerized technology to do that didn't live up to the hype. 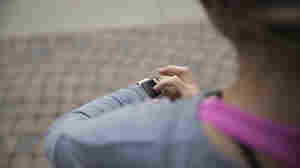 February 28, 2018 • As historian and author Yuval Harari suggests, market forces and investor greed will keep moving the data revolution forward. But there are balancing forces to this onslaught, says Marcelo Gleiser. 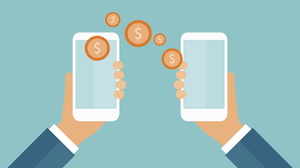 March 31, 2017 • The next loan you get may depend less on your credit score and more on what a program thinks of your habits. Digital lenders say the process will be more fair, but others worry about unintended bias. 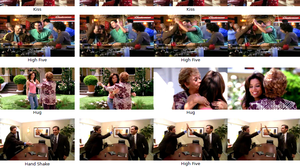 Examples of the machine's forecasts of actions before they begin (starting at left) and the results (at right). Carl Vondrick/MIT CSAIL hide caption

July 12, 2016 • Researchers fed a program 600 hours of videos and TV shows to see if it could learn about and predict human interactions — hugs, kisses, high-fives and handshakes. It was right nearly half the time. 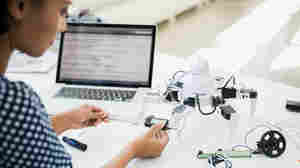 May 24, 2016 • Machines don't need to become conscious to rewire our world, they just need to become intelligent enough — and this moment may be coming faster than we are expecting, says astrophysicist Adam Frank. 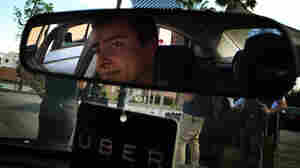 Jesse Vega checks out a vehicle at an Uber "Work On Demand" recruitment event March 10 in South Los Angeles. The company is researching ways to get rid of its surge pricing, a feature that drivers like but that can make costs unpredictable for consumers. Mark Ralston/AFP/Getty Images hide caption

May 3, 2016 • Uber is using machine learning to predict high demand, which would allow the app to schedule extra drivers instead of hiking rates at busy times. But such a change would hurt driver pay.