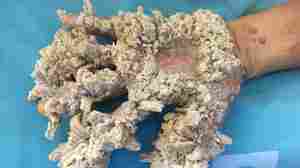 The growths on Muhammad Taluli's hands were from a severe case of a rare condition called epidermodysplasia verruciformis — sometimes called "tree man" disease because the tumors can resemble wood or bark. Hadassah hide caption

September 1, 2017 • He was in pain. He could not work. He was ashamed. He'd been told there was no treatment. Then he went to Hadassah Medical Center. 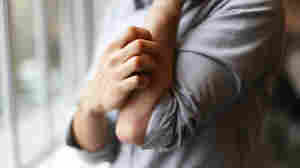 A new treatment may help reduce the itch of atopic dermatitis, which will reduce flare-ups. Meredith Rizzo/NPR hide caption

March 1, 2017 • About 35 million people have eczema, a skin disease that includes itchy patches of inflamed dry skin. About 10 percent of cases are moderate to severe and may be helped with a new treatment.