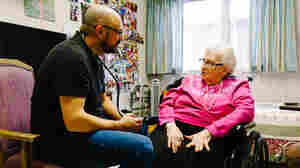 Glenn Hurst gives Jeannette Massen a checkup at the Northcrest Living Center in Council Bluffs, Iowa. As they prepare to caucus, voters weigh which candidate to support and what health care should look like in the future. Walker Pickering for NPR hide caption

January 31, 2020 • Health care has consistently polled as the No. 1 issue for Iowa voters. As they prepare to caucus, voters weigh which candidate to support and what health care should look like in the future. 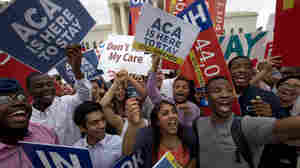 Student demonstrators cheered in 2015 outside the Supreme Court after learning that the high court had upheld the Affordable Care Act as law of the land. But Republican foes of the federal health law are still working to have it struck down. Jacquelyn Martin/AP hide caption

January 8, 2020 • Both sides say they want the high court to quickly weigh in on a case that could invalidate the federal health law. Whatever the court decides will likely have consequences in 2020 elections. 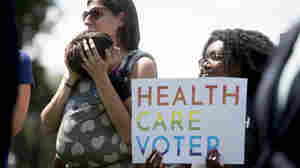 Families affected by preexisting medical conditions attend a Capitol Hill news conference in 2018 in support of the Affordable Care Act. Prior to the ACA, insurers could refuse to cover people who had even mild preexisting conditions — or charge them much more. Andrew Harnik/AP hide caption

December 16, 2019 • Though it has been on the books for nearly a decade, the Affordable Care Act faces a big court challenge right now that could overturn it. Here's what happens if the federal health law goes away. 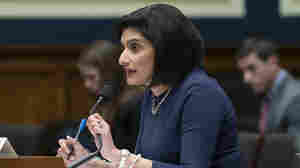 December 13, 2019 • Under the new rules, most adults who qualify for Medicaid coverage will be required to prove they work at least 80 hours a month, or are doing other activities like volunteering or hunting for a job. 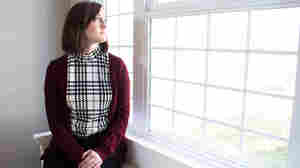 Kaydee Edralin and her husband, along with many other students at Brigham Young University-Idaho were upset they would have to buy additional health insurance after the university said it would not consider Medicaid to be valid insurance. The school reversed the policy Monday. James Dawson/Boise State Public Radio hide caption

November 26, 2019 • Idaho just expanded access to Medicaid, helping tens of thousands get coverage. But a university there refused to accept Medicaid, forcing students to pay for plans. On Tuesday it changed that policy. 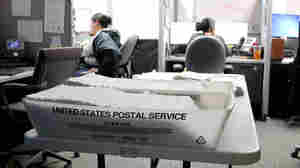 November 1, 2019 • Colorado, like a number of states, is struggling with huge piles of returned mail linked to public aid programs such as Medicaid or food stamps. But is dropping people from such assistance the answer? 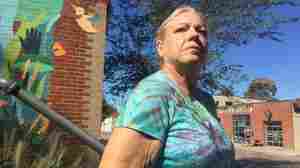 Missouri resident Patricia Powers had no health insurance when she was diagnosed with cancer a few years ago; she and her disabled husband were struggling to get by on, at most, $1,500 a month. If they'd lived across the river in Illinois, she'd have been eligible for Medicaid. Laura Ungar/Kaiser Health News hide caption

October 1, 2019 • On the Illinois side of the Mississippi River, many families struggling financially can get health care, thanks to Medicaid expansion. Meanwhile, their neighbors on the Missouri side don't qualify. 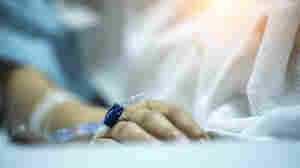 The uncompensated care costs among Colorado hospitals dropped by more than 60 percent after the state expanded Medicaid coverage — a savings of more than $400 million statewide. But a new report asks why the hospitals didn't pass some of those savings on to patients. Virojt Changyencham/Getty Images hide caption

March 26, 2019 • Now that Colorado has expanded Medicaid coverage to include more low-income residents, hospitals are better off financially. But that hasn't stopped them from shifting costs to other insured patients. 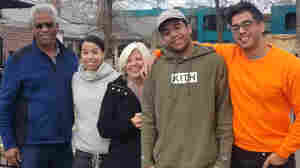 Leah Steimel (center) says she would consider buying insurance through a Medicaid-style plan that the New Mexico Legislature is considering. Her family includes (from left) her husband, Wellington Guzman; their daughter, Amelia; and sons Daniel and Jonathan. Courtesy of Leah Steimel hide caption

February 25, 2019 • While some officials urge expansion of the Medicare system, several states are mulling a different way to ensure residents have affordable coverage: help them buy into a Medicaid-like plan. 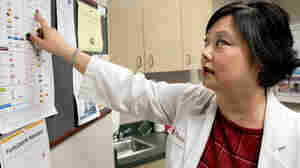 Dr. Michelle Salvaggio, medical director of the Infectious Diseases Institute at the University of Oklahoma Health Sciences Center in Oklahoma City, points to drugs used to treat HIV/AIDS. Medical advancements since the epidemic surfaced in the 1980s have helped many of her HIV-positive patients lead healthy lives. Jackie Fortier/StateImpact Oklahoma hide caption

February 19, 2019 • Trump's plan includes a focus on fighting HIV in the rural Midwest and South. But there are doubts in Oklahoma, where the state's uninsured rate and stigmatization of HIV are high. 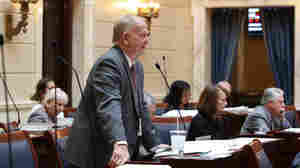 Republican lawmaker Allen Christensen is pushing a bill in the Utah Senate that would shrink the Medicaid expansion his state's voters approved. "They are not obligated to balance the budget," he argues. "We are." Cory Dinter/KUER hide caption

February 8, 2019 • Political fights over health care continue to flare. In Utah, angry voters say lawmakers are disregarding their wishes by trying to limit the scope of a ballot referendum that expanded Medicaid. 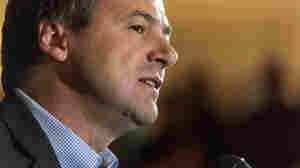 November 8, 2018 • If a funding extension can't be hammered out in the Montana Legislature, the state could be the first to undo an expansion of Medicaid under the Affordable Care Act. 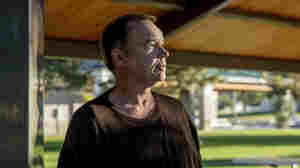 "Most of us are ecstatic" about Medicaid expansion in Utah, said Grant Burningham, of Bountiful. "We were all together and hugging and kissing last night." Kim Raff for NPR hide caption 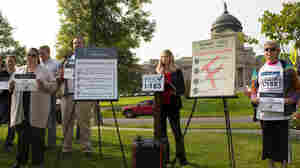 Amanda Cahill, a supporter of Montana's tobacco tax measure, I-185, at a press conference near the state capitol last August. Tobacco firms have spent $17 million in opposition to the initiative, compared to an $8 million campaign by those in favor of it. Corin Cates-Carney/Montana Public Radio hide caption

November 2, 2018 • If the state's ballot initiative to fund Medicaid's expansion passes, it will mean a $2-per-pack increase in taxes on cigarettes and a new tax on electronic cigarettes. 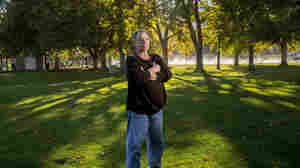 Grant Burningham, who lives in Bountiful, Utah, worked to get a referendum on Medicaid expansion on the Utah ballot in November. Kim Raff for NPR hide caption

October 31, 2018 • Ballot initiatives in Utah, Nebraska and Idaho will determine whether to expand Medicaid, after legislators refused to do so. Montanans will vote on whether to keep the state's expansion intact.