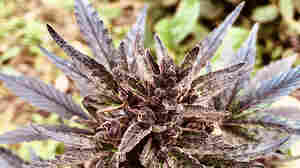 A marijuana plant grows in California's Shasta-Trinity National Forest. This plant is part of an illegal growing operation by highly organized drug cartels that take advantage of the forests' thick canopy to help hide their operations. Eric Westervelt/NPR hide caption

November 12, 2019 • Insecticides and other chemicals found at the sites threaten long-term damage to ecosystems. California law enforcement, ecologists and others are cracking down. 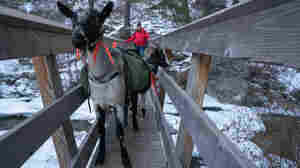 Pack goat breeder Ann Summerton on a trail in Montana's Bitterroot Mountains with her goats, Bannack and Joker. Goats are affordable, easy to care for, and a full-grown male can carry about 70 pounds. Nick Mott/Montana Public Radio hide caption

Goats Are Picking Up The Load For Backcountry Travelers. Some Worry About The Impact

November 10, 2019 • Hikers and hunters have long relied on horses, mules and llamas to carry gear on long backcountry trips. Now, many are getting into goats. Many say they're superior, but critics see risks to wildlife.

Goats Are Picking Up The Load For Backcountry Travelers. Some Worry About The Impact 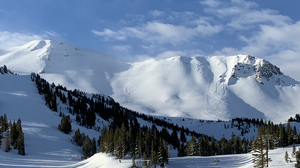 March 31, 2019 • Western towns surrounded by and dependent upon public lands are forced to get creative as federal recreation budgets continue a slow decline. They are boosting local efforts to maintain public access. 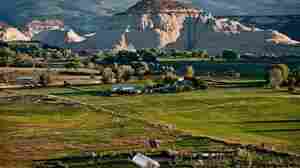 Hell's Backbone Grill is located in Boulder, Utah, about 250 miles south of Salt Lake City. The restaurant's owners are fighting Trump's plans to slash the size of nearby Grand Staircase-Escalante National Monument by more than half. Ace Kvale hide caption

July 30, 2018 • Hell's Backbone Grill is an acclaimed restaurant founded nearly 20 years ago at the edge of the Utah monument. Now, amid controversy, its owners are battling Trump's plans to downsize the land. 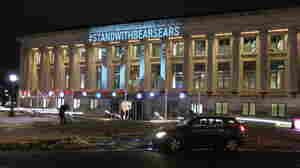 Pro-public lands messages are projected on the McNichols Civic Center in Denver. The Outdoor Retailer and Snow Show moved to Colorado because of a public land use dispute with Utah government leaders. Grace Hood/Colorado Public Radio hide caption 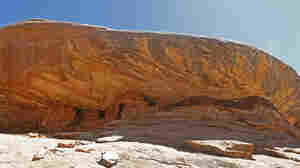 Ancient granaries, part of the House on Fire ruins, are shown here in the South Fork of Mule Canyon in the Bears Ears National Monument outside Blanding, Utah. George Frey/Getty Images hide caption

June 12, 2017 • Whether the new monument, considered sacred to Native Americans, should be abolished or reduced is the first part of a review of national monuments under an executive order by President Trump. 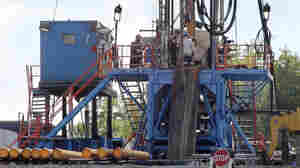 A crew works on a drilling rig at a well site for shale-based natural gas in Zelienople, Pa., in 2012. Keith Srakocic/AP hide caption

May 10, 2017 • It's a rare victory for environmentalists so far under President Trump. The Senate rejection to rolling back an Obama-era regulation was close — tipping after three Republican senators voted no. 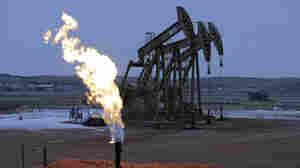 Oil pump jacks work behind a natural gas flare near Watford City, N.D., in 2014. The oil and gas industry is lobbying lawmakers to repeal a rule that aims to limit the emissions of methane, the chief component of natural gas. Eric Gay/AP hide caption

Inside The Debate Over Repealing Curbs On Methane Leaks

May 3, 2017 • A deadline is approaching for lawmakers to undo an Obama-era regulation that aims to limit the emissions of methane — a powerful greenhouse gas — from energy production sites on public lands.

Inside The Debate Over Repealing Curbs On Methane Leaks