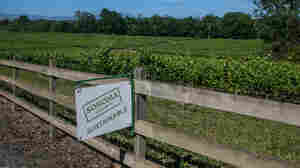 November 18, 2019 • In California, fines are being levied against winemakers who violate environmental laws, but activists say they are a drop in the bucket compared to the damage. 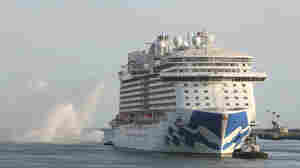 June 4, 2019 • The company has a long history of dumping plastic trash and oily waste from its ships, with violations dating back to 1993. In 2016, its Princess subsidiary agreed to pay $40 million for pollution.

In this undated photo, caribou from the Porcupine Caribou Herd migrate onto the coastal plain of the Arctic National Wildlife Refuge in northeast Alaska. The refuge takes up an area nearly the size of South Carolina in Alaska's northeast corner. U.S. Fish and Wildlife Service via AP hide caption

Arctic National Wildlife Refuge Battle Ends, But Drilling Not A Given

December 21, 2017 • After nearly 40 years of heated debate, Congress voted on Wednesday to open the Alaska refuge to oil drilling. Now, it's a wait to see who will actually drill and when. 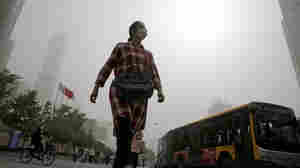 A woman wearing a face mask walks on a street as Beijing is hit by polluted air and sandstorms on May 4. Andy Wong/AP hide caption

October 23, 2017 • After decades of doing little about the pollution that has plagued much of the country, China's government is temporarily shutting down entire industrial regions to inspect for violations.