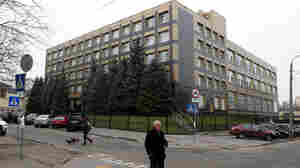 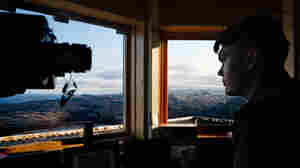 Norwegian Pvt. Ivan Sjoetun sits in the border post where Russian land can be seen out the window. The post is in the far northeast corner of Norway and offers a commanding view of this starkly beautiful area some 250 miles above the Arctic Circle. Claire Harbage/NPR hide caption

The Pull Of The Arctic

November 3, 2019 • Warmer weather up north is opening up shipping lanes and new access to natural resources. It's also fueling a military buildup. 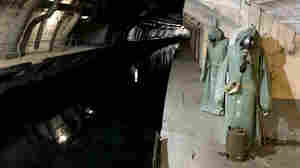 Hazmat suits hang next to the canal that leads from Balaklava Bay to the heart of the underground base. Lucian Kim/NPR hide caption

July 21, 2018 • A once-secret underground naval base in Crimea designed to preserve Soviet submarines in case of a nuclear attack is now a museum with an anti-American message.