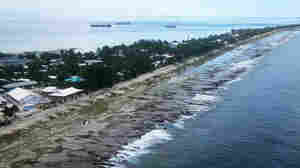 The ocean (right) and the lagoon (left) are separated by a thin strip of land in Funafuti, Tuvalu. The small South Pacific island nation is striving to mitigate the effects of climate change. Tuvalu's 11,000 inhabitants see effects such as rising sea levels in their daily life. Fiona Goodall/Getty Images for Lumix hide caption

October 5, 2019 • They are urging the international community for more resources to help manage climate change and calling for larger countries to cut their carbon emissions. 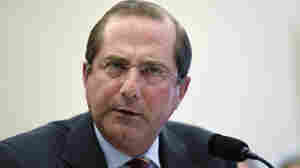 At U.N., Trump Administration Professes 'No International Right To An Abortion'

September 23, 2019 • The administration called on other nations to oppose efforts to promote access to abortion. Dozens of other countries signed a competing statement supporting sexual and reproductive health care. 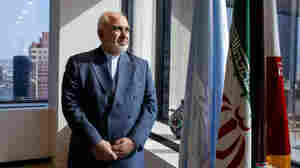 Iran's foreign minister, Mohammad Javad Zarif, is in New York this week to make the case for lifting sanctions on his country. Eslah Attar for NPR hide caption

September 23, 2019 • In an interview ahead of this week's U.N. General Assembly, Mohammad Javad Zarif tells NPR that U.S. sanctions against Iran "will not be able to bring us to our knees."