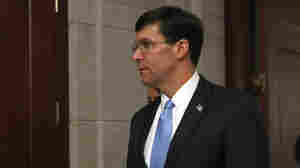 Defense Secretary Mark told NPR on Monday that the U.S. has the constitutional authority to strike Iranian proxies in Iraq and Iran on its home soil in retaliation for attacks on American forces. Jacquelyn Martin/AP hide caption

Esper: U.S. Could Strike Iran Or Proxies 'Where Legally Available And Appropriate'

January 13, 2020 • In an interview with NPR on Monday, Defense Secretary Mark Esper said if U.S. troops or interests are threatened, the U.S. will have the right to retaliate. 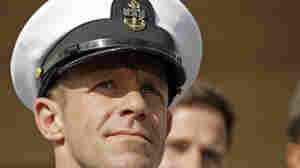 November 15, 2019 • Some former and current Pentagon officials had warned that clearing the men might undermine the military justice system.