Accessibility links
A Hope For Bettering Humanity In an essay from 1953 for the original This I Believe series, Sir Charles Galton Darwin, the grandson of naturalist Charles Darwin, drew on his study of science to say he believed the future of humanity depended on the practice of eugenics.

Listen
A Hope For Bettering Humanity

An essay written in 1953 for the original This I Believe series. 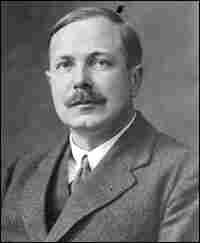 Sir Charles Galton Darwin, the grandson of Charles Darwin, was a physicist who helped direct atomic research for Britain during World War II. He later embraced the study of eugenics, which he saw as an extension of his grandfather's theory of evolution. George Grantham Bain Collection (Library of Congress) hide caption 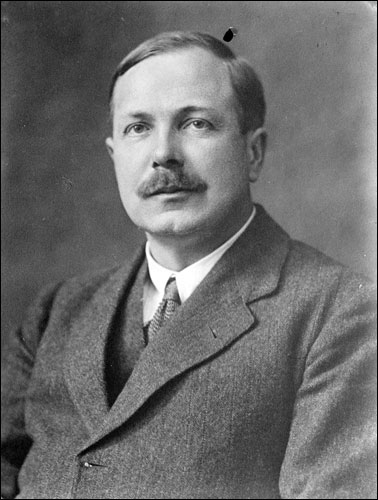 Sir Charles Galton Darwin, the grandson of Charles Darwin, was a physicist who helped direct atomic research for Britain during World War II. He later embraced the study of eugenics, which he saw as an extension of his grandfather's theory of evolution.

I have spent most of my time working at the physical sciences, and I count myself fortunate in having lived through the heroic age of physics when, what with relativity and the quantum theory, our understanding of the nature of inanimate matter has been as much revolutionized as it was 300 years ago in the days of Newton.

This has been the science I have mostly studied, but I have always had a lively interest in biological subjects too, and these have much affected what I believe. Among such subjects one is the question of human nature, and this has colored my view of what will happen to mankind in the future. I believe that a great deal of what is now being attempted for our betterment is doomed to fail, and so I don't share the particular enthusiasms of many of the would-be benefactors of humanity.

It is true that there have been immense improvements in material conditions during the past century, but they are quite external and they leave man's fundamental nature no better than it was before. So too the intellectual triumphs of recent years don't signify that man has become any more intelligent than he was in the preceding dark ages. I see no safeguard for us against a relapse into conditions like those exemplified in the sad records of past history.

The main hope of bringing about any real betterment in mankind depends on a different thing; it must be based on applying the idea of heredity, a science that is already understood in its principles, though hardly yet in many of its applications. Holding this, I believe intensely in the importance of the family as the continuing unit of human life. When the science of eugenics has been more fully developed, there may be a hope on those lines of really bettering humanity.

These are the things that for me are consciously of the chief importance. But underlying them, there are others. The great philosopher Kant once said that there were two things that continually filled him with wonder: the starry heavens above him and the moral law within him.

Like him I, too, continually wonder at the moral law within me, which dictates my conduct, or perhaps I ought to say the ideals of conduct, which I wish I could fulfill. But I am entirely lacking in the thing which so many people seem to regard as their mainstay in life, a mystical sense of religion. This I lack, and I am perfectly content to be without it.