Accessibility links
Henry Selick, Keeping Stop-Motion Moving Ahead Stop-motion animation has evolved a lot since the days of Rudolph the Red-Nosed Reindeer. Henry Selick's Coraline, based on the Neil Gaiman classic, pushes the form even further. 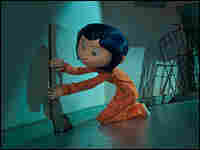 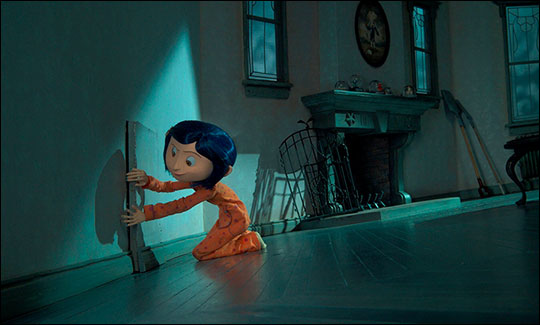 Trapdoor Travel: Eleven-year-old Coraline pries open a portal and crawls into a parallel universe filled with fantasies and nightmares.

'Way Too Old For Dolls'

'I'm Your Other Mother' 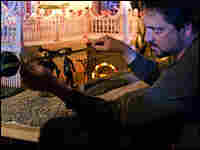 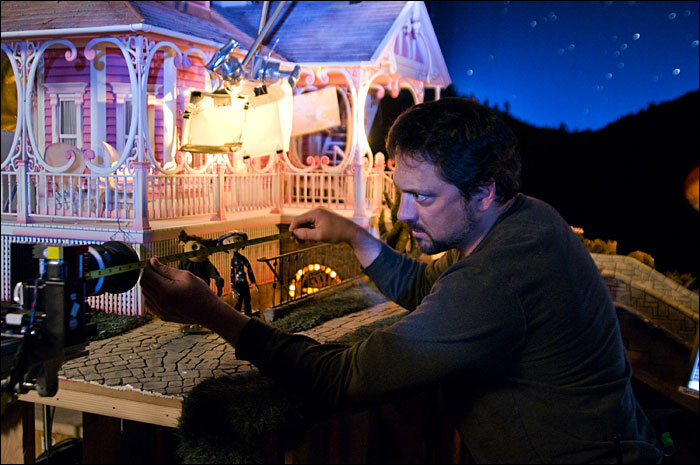 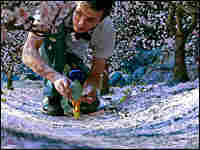 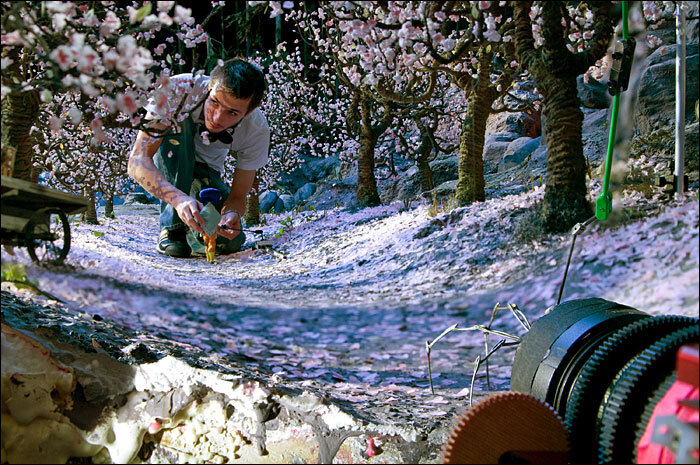 Into The Woods: Coraline crosses a snowy forest, with an assist from animator Chris Tootell.

Henry Selick talks to The New York Times about how color and perspective drove his visualization of Coraline's two different worlds. 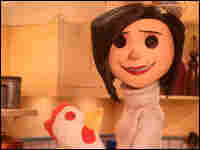 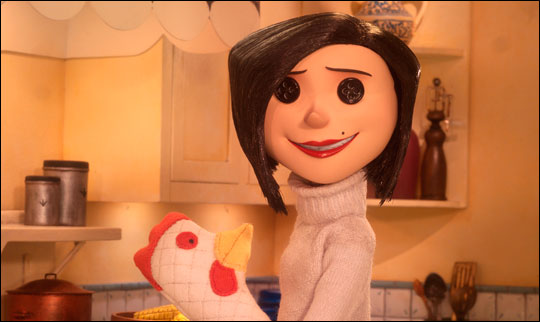 Cute As A Button? Coraline's other mother.

One of the earliest surviving stop-motion movies is The Enchanted Drawing, made in 1900 by British animation pioneer J. Stuart Blackton.

One of the form's first great innovators was Russian director Aleksandr Ptushko, who remains deeply influential. Scholars have pointed out that Selick's use of mass puppets and his fantastical films seem to place him in Ptushko's lineage. You can see part of his first feature film The New Gulliver (1935) here.

A newer stop-motion animation star is British director Barry Purves. This 1989 short shows William Shakespeare "auditioning" for a bored theatrical director by silently running through his plays in pantomime, using only a stuffed mannequin as a partner.

Fans of The Nightmare Before Christmas or Wallace and Gromit know that stop-motion animation has evolved considerably since the days of the TV Christmas classic Rudolph the Red-Nosed Reindeer.

And they're most likely eager to see a new film by Henry Selick, who directed both Nightmare and James and the Giant Peach.

Coraline, Selick's latest project, is based on a young-adult novel by Neil Gaiman. The title character, aged 11, lives in a gloomy old house with preoccupied parents who've just started a gardening-catalog business. They're too busy to play with Coraline. She discovers a passage leading someplace terribly familiar — a house just like hers, complete with a sweet, doting woman who looks almost exactly like her mother, and who has plenty of time to make her favorite meals and buy her beautiful clothes.

The only difference? Coraline's "Other Mother" has flat, glossy buttons for eyes. A sign, dear reader, of something sinister in store.

When Selick first read Coraline, he says, he was so fascinated by this one detail that he got his 3-year-old son to lie down on the floor and photographed him with buttons on his eyes.

"It was terrifying," says Selick.

"It dehumanizes. ... It makes someone look almost insect-like. And then there's this sort of chilly feeling they've been turned into a living doll."

Essentially, the process of stop-motion animation is simple: Position a model by hand, take a picture and reposition it — repeating, ad infinitum, in tiny increments, to create the illusion of motion.

Selick says the process combines all of his favorite things — sculpture, drawing, photography, music and physics. With the help of 30 animators, Selick produced about two minutes of finished footage a week over the course of almost two years.

One technique, called "replacement animation," called for thousands of heads, each with different expressions, and the services of both a "face librarian" and an "assistant face librarian" to help keep track.

"We sort of split the lower and upper face, so the brows and eyes could act separately from [the] mouth," Selick explains. Although that facial split was later digitally erased, Selick says, similar computer-driven manipulations were kept to an absolute minimum.

Much of the film's most sophisticated technology comes from its marriage of stop-motion animation and an advanced form of 3-D. Selick says we're used to 3-D effects punching us in the face; for Coraline, he wanted the effect to be lovely and immersive.

"Storywise, [I'd] been looking for the equivalent [of that moment] in The Wizard of Oz, the moment of going from black and white to color, [for] when Coraline goes to the other world," Selick says. "I wanted there to be something unique and magical. And 3-D sort of fit the bill."

So when Coraline visits her parents' garden on the other side of the passageway, she discovers a lush 3-D spectacle of glowing flowers rustling in the breeze, fountains sparkling in the moonlight and contraptions flying through a starry sky. It's all stop-motion — though it might as well be CGI, it's gotten so smooth and perfect.

"He's setting new rules, setting new boundaries," says Tony Dalton, who wrote with a history of stop-motion animation with Ray Harryhausen, one of the form's most legendary directors. "He's one of the great innovators of today."

But Selick says he works to leave in imperfections.

"Stop-motion is sort of twitchy; you can feel the life in it," he says. "If we were to remove that completely, there'd be no point in it."

After all, he points out, the beauty and mystery of stop-motion are in those traces of the animator's hand. 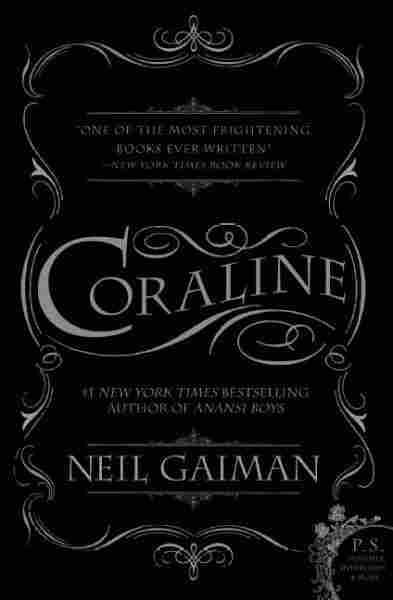 by Neil Gaiman and Dave McKean 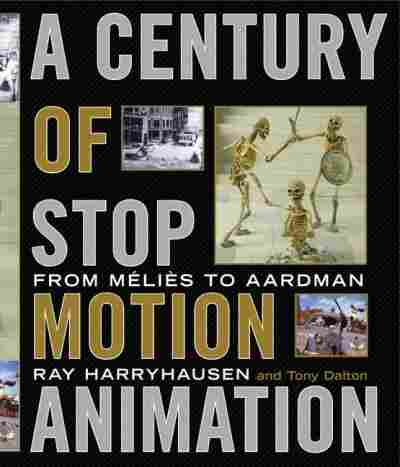 A Century of Stop Motion Animation

From Melies to Aardman

by Ray Harryhausen and Tony Dalton