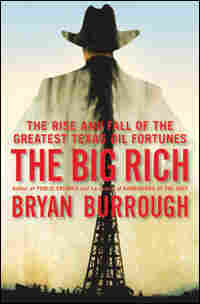 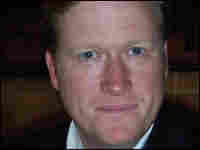 Rare is the patriarch who can count among his brood a lobotomy patient, the creator of the Super Bowl and the world's most notorious silver tycoon. But as journalist and author Bryan Burrough colorfully illustrates in The Big Rich, Haroldson Lafayette "H.L." Hunt wasn't a conventional man, at least by the stuffy standards of the 49 states not named Texas. Along with Sid Richardson, Roy Cullen and Clint Murchison, Hunt was one of the Big Four — men who rose from relatively humble beginnings to become patriarchs of Texas' wealthiest and most powerful families. The Big Rich tells their stories.

The Big Rich is a wonderful read, all the more so as the decades and pages roll by and the opportunities to ponder "What's with these guys?" pile up. These gentlemen seem sensible enough at the outset of the Texas oil boom in 1901. Richardson, for example, was a traditional "wildcatter" (oil prospector) and Murchison was a savvy natural gas entrepreneur. But it doesn't take long for things to turn, well, weird.

Hunt, a closet bigamist, takes on a second and then a third secret family. Cullen develops political views described at the time as "slightly left of Hitler." Though the sundry exploits of the four men (and eventually their families) unfold like a picaresque novel, Burrough — author of the excoriating tobacco-industry expose Barbarians at the Gate — also does an excellent job with the more serious themes.

His exegesis of Texas Oil's ultraconservatism and the after-effects, in the 21st century, of those politics is astute and well researched. And his award-winning financial journalism shines when he explains, among other things, the cyclical economics of a boom-and-bust commodity. Notably, it was the intricacies of supply and demand, of leveraged debt and collateral, that did more to bust Dallas and Houston's overnight "oilionaires" than mere Texas-sized hubris.

One need only look at the various petro-dictatorships around the globe to know how The Big Rich ends. Clint Murchison Jr., the original owner of the Dallas Cowboys, had his boots firmly planted in Texas soil, but his addictions to sex, cocaine and gambling are the same ones that have destroyed oil-fortune heirs from Iraq to Eastern Siberia. Only one of the Big Four families emerges from The Big Rich still rich.

Ultimately, Burrough's book can't answer whether Big Oil made Texas or whether Texas made Big Oil. But to hear George Bush's Texas twang is enough to remind us of how the Big Rich changed a nation.

There is a legend in America, about Texas, about the fabulously wealthy oilmen there who turned gushers of sweet black crude into raw political power, who cruised their personal jets over ranches measured in Rhode Islands, who sipped bourbon and branch on their private islands as they plotted and schemed to corner entire international markets. In popular culture the Texas oilman tends to come in two guises: the overbearing, dimwitted high roller with a blonde on either arm, and his evil twin, the oilman of Oliver Stone and Mother Jones, the black-Stetsoned villain whose millions pull the levers of power in Washington. He can be young and conflicted and obscenely rich, as in James Dean's portrayal of the wildcatter Jett Rink in Giant, or smooth and conniving and obscenely rich, like J. R. Ewing of television's Dallas, but he is almost always crass and loud and a tad mysterious, a classic American other. And obscenely rich.

There is truth behind the legend, a surprising amount, in fact. There really were poor Texas boys who discovered gushing oil wells and became overnight billionaries, patriarchs of squabbling families who owned private islands and colossal mansions and championship football teams, who slept with movie stars and jousted with presidents and tried to corner an international market or two. Back before television, before Lifestyles of the Rich and Famous, they were the original Beverly Hillbillies, counting their millions around the cement pond as they ogled themselves on the cover of Time. They helped make Texas Oil an economic and political powerhouse, a world whose contributions, large and small — from Enron and two George Bushes to Styrofoam peanuts and the Super Bowl — shaped the America we know today.

This is their story, told through the lives of the four Texas families — and a few of their peers — who rose the highest and, in some cases, fell the hardest. Each of their patriarchs began in obscurity, and all, through a historic quirk of fate, laid the foundations of their fortunes in a single four-year span. They married, bore and lost children, and became the country's first shirt-sleeve billionaires, transforming America's idea of what it meant to be rich even as they played host to kings and queens and accumulated every toy of their age: mansions and ranches and castles, airplanes and yachts and limousines, skyscrapers and hotels and cabinet members. As they reshuffled the deck of America's most powerful families, eventually helping propel three of their favorite sons into the Oval Office, the country was enthralled by them, then suspicious, then, after a fateful fusillade of gunfire, came to view them as nefarious caricatures.

Excerpted from The Big Rich: The Rise and Fall of the Greatest Texas Oil Fortunes by Bryan Burrough. Reprinted by arrangement with The Penguin Press, a member of Penguin Group (USA), Inc. Copyright (c) January 2009. 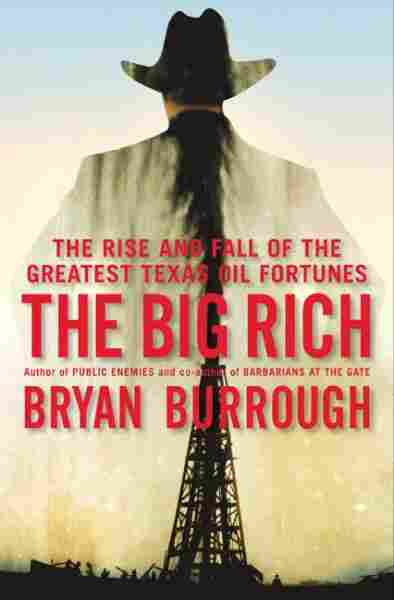 The Rise and Fall of the Greatest Texas Oil Fortunes