Accessibility links
Ponzi Schemes Proliferate Beyond Madoff Bernard Madoff's arrest for allegedly bilking investors out of $50 billion is only one of many Ponzi schemes authorities are investigating around the country. In Florida, in particular, such schemes are a perennial bumper crop, in part because of many wealthy retirees.

What Is A Ponzi Scheme? 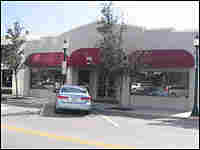 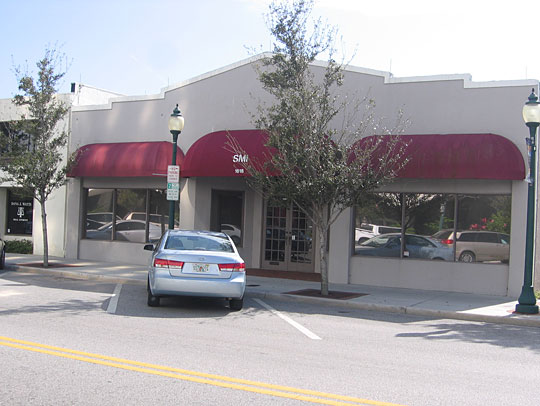 Nadel operated six funds out of a storefront in downtown Sarasota.

The times may be bad for many of us, but the recession has been good for the legacy of Charles Ponzi. Ponzi didn't invent the scam that bears his name, but he took it to new heights. In 1920, he defrauded investors of some $7 million before he was arrested.

Since Bernard Madoff's arrest in December for allegedly bilking investors out of $50 billion, authorities have continued to uncover one suspected Ponzi scheme after another.

And in Sarasota, Fla., Arthur Nadel is charged with defrauding investors of at least $300 million.

Tony Hagar, 68, a university professor who lives near Daytona Beach, recalls the day he found out that he'd lost most of his retirement savings. It was Sunday, Jan. 18.

"My wife happened to open up a local paper and saw an article and asked me if I knew a hedge fund managed by a guy named Arthur Nadel," says Hagar. "And I said, 'Yeah...' She said, 'Well he's disappeared and so has $350 million of the funds.' I realized we had lost everything."

Hagar first heard about Nadel when he was rated the nation's top money manager by an investment newsletter. After making some inquiries, he put his life savings — a few hundred thousand dollars — into Nadel's funds.

Looking at news stories about Bernard Madoff and other investment frauds being uncovered from New York to Idaho, Hagar says it's small consolation to know he has lots of company.

"I think that what happened last fall — the drastic market behavior — just put these guys in a position, you know, the cockroaches came out of the wall," Hagar says.

Nadel operated his six funds from a modest storefront in downtown Sarasota. He went missing last month, a day before he was due to pay $50 million to some of his investors. By then, many of his clients, some spooked by the Madoff scandal, had already begun to ask probing questions about their investments and the solvency of the funds.

Nadel faces securities and wire fraud charges. A receiver has been appointed and the funds and Nadel's assets have been frozen.

On Jan. 27, accompanied by two attorneys, he turned himself in to the FBI in Tampa.

Attorney Morgan Bentley represents more than 40 of Nadel's clients who are now weighing their legal options.

"There were more than half a dozen who specifically went into his office in November and December and said, 'How are you going to make distributions this year? How are you doing on liquidity?'" Bentley says. "And [they] were assured repeatedly and shown statements about cash positions — all of which of course was bogus."

Nadel was well-connected socially and a generous philanthropist. He and many of his clients contributed to Sarasota's active cultural groups.

On the day Nadel disappeared, Bentley received a local publication featuring photos from area charitable events. "And [Nadel's] on the third page; his wife is on the seventh page," Bentley says. "They're in the society write-up in there, and I thought, I can't get away from this guy."

Nadel's arrest and the collapse of his funds have been devastating to Sarasota. Bentley says the city has always prided itself on its support of the arts and community organizations. "This hits right in the heart of it," he says. "You're talking about the YMCA, the opera, the list goes on and on of things that have been around and part of this community for years."

Florida: A Magnet For Schemes

In Florida, Ponzi schemes are a perennial bumper crop, in large part because of the many wealthy retirees. Attorney Michael Goldberg, a court-certified expert on Ponzi schemes, is currently helping unravel six scams.

It's not that there are more Ponzi schemes now, he says, it's just that more are coming to light. The reason is cash. Few people are making deposits and many are seeking withdrawals. It's a scenario that's disastrous for modern-day Ponzis.

"Ponzi schemes need a constant influx of cash. And these redemptions coming out of that have dried up the cash. And that's really why, I think they're being exposed," Goldberg says.

He says there are some red flags that can signal a Ponzi scheme. When a fund manager touts a secret formula for beating the market, for example, or when he guarantees a certain return on investment.

As for the investors, Goldberg says, he's seen both poor and wealthy people taken advantage of. "It's just a little bit of human nature," he says, "a little bit of wanting to make a quick buck and, to be honest, a little bit of greed. That's the common characteristic."

Which are all reasons why Charles Ponzi and the scam he gave his name to are likely to be with us for a long, long time.