Accessibility links
Will Bunch: Tearing Down The Reagan 'Myth' Journalist Will Bunch critiques the 40th president in his new book Tear Down This Myth: How The Reagan Legacy Has Distorted Our Politics And Haunts Our Future.

Listen
Will Bunch: Tearing Down The Reagan 'Myth' 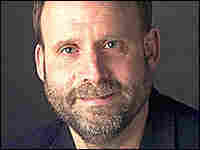 Will Bunch's new book, Tear Down This Myth, questions the legacy of Ronald Reagan. Bunch is a senior writer for the Philadelphia Daily News and the author of the blog Attytood. Courtesy of Simon & Schuster: Free Press hide caption 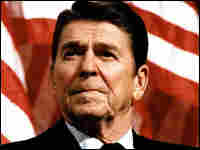 Excerpt: 'Tear Down This Myth' 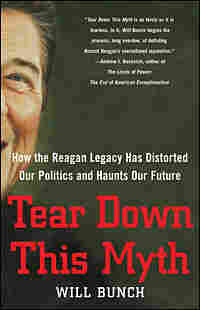 Tear Down This Myth: How the Reagan Legacy Has Distorted Our Politics and Haunts Our Future

The present was January 30, 2008, when four powerful men walked onto a freshly built debate stage in Simi Valley, California, seeking to control the past — most ironically, the American past that was at its peak in that very "Morning in America" year of 1984. They knew that whoever controlled the past on this night would have a real shot at controlling the future of the United States of America. Lest there be any doubt of that, the large block letters UNITED STATES OF AMERICA hovered for ninety minutes over the heads of these men — the last four Republican candidates for president in 2008 — who had made the pilgrimage to the cavernous main hall inside Simi Valley's Ronald Reagan Presidential Library. This was the final debate of a primary campaign that had basically started in this very room nine months ago and now was about to essentially end here — in what was becoming a kind of National Cathedral to Ronald Reagan, even complete with his burial vault. The block letters were stenciled across the hulking blue and white frame of a modified Boeing 707 jetliner that officially carried the bland bureaucratic title of SAM (Special Air Mission) 27000, but bore the title of Air Force One from 1972 through 1990 — a remarkable era of highs and lows for the American presidency.

To many baby boomers, this jet's place in history was burnished on August 9, 1974, when it carried the disgraced Richard Nixon home to California on his first day as a private citizen. But that was before SAM 27000 was passed down to Ronald Reagan and now to the Ronald Reagan legacy factory, which flew it back here to the Golden State, power-washed it clean, and reassembled it as the visual centerpiece of Reagan's presidential library. It was now part American aviation icon and part political reliquary, suspended all deus ex machine from the roof in its new final resting place, with Reagan's notepads and even his beloved jelly beans as its holy artifacts.

And for much of this winter night, the men seeking to become GOP nominee — and hopefully win the presidency, as the Republican candidate had done in seven out of the ten previous presidential elections — looked and felt like tiny profiles on a sprawling American tarmac under the shadow of the jetliner, and of Reagan himself. Fittingly, each chose his words carefully, as if he were running not to replace the hugely unpopular George W. Bush in the Oval Office — at an inauguration 356 days hence — but to become the spiritual heir to 1980s icon Reagan himself, as if the winner would be whisked up a boarding staircase and into the cabin of SAM 27000 at the end of the night and be flown from here to a conservative eternity.

As was so often the case, news people were equal co-conspirators with the politicians in creating a political allegory around Reagan. The debate producer was CNN's David Bohrman, who'd once staged a TV show atop Mount Everest and now said the Air Force One backdrop was "my crazy idea" and that he had lobbied officials at the library to make it happen. He told the local Ventura County Star that the candidates were "here to get the keys to that plane."

By picking Reagan's Air Force One and the artifacts of his life as props for a Republican presidential debate that would be watched by an estimated 4 million Americans, CNN shunned what would have been a more obvious motif: the news of 2008. If you had been watching CNN or MSNBC or Fox or the other ever-throbbing arteries of America's 24-hour news world, or sat tethered to the ever-bouncing electrons of political cyberspace in the hours leading up to the debate, you'd have seen a vivid snapshot of a world superpower seeking a new leader in the throes of overlapping crises — economic, military, and in overall U.S. confidence.

On this Wednesday in January, the drumbeat of bad news from America's nearly five-year-old war in Iraq — fairly muted for a few weeks — resumed loudly as five American towns learned they had lost young men to a roadside bomb during heavy fighting two days earlier. Most citizens were by now so numb to such grim Iraq reports that the casualties barely made the national news. The same was true of a heated exchange at a Senate hearing involving new attorney general Michael Mukasey. He was trying to defend U.S. tactics for interrogation of terrorism suspects, tactics that most of the world had come to regard as torture — seriously harming America's moral standing in the world. Meanwhile, it was a particularly bad day for the American mortgage industry, which had a major presence in Simi Valley through a large back office for troubled lender Countrywide Financial. That afternoon, the Wall Street rating agency Standard & Poor's threatened to downgrade a whopping $500 billion of investments tied to bad home loans, while the largest bank in Europe, UBS AG, posted a quarterly loss of $14 billion because of its exposure to U.S. subprime mortgages. Such loans had fueled an exurban housing bubble in once-desolate places like the brown hillsides on the fringe of Ventura County around Simi Valley, and had been packaged and sold as high-risk securities.

That same day, nearly three thousand miles to the east, Jim Cramer — the popular, wild-eyed TV stock guru, and hardly a flaming liberal — was giving a speech at Bucknell University in which he traced the roots of the current mortgage crisis all the way back to the pro-business policies initiated nearly three decades earlier by America's still popular — even beloved by some — fortieth president, the late Ronald Wilson Reagan. "Ever since the Reagan era," Cramer told the students, "our nation has been regressing and repealing years and years' worth of safety net and equal economic justice in the name of discrediting and dismantling the federal government's missions to help solve our nation's collective domestic woes." But there would be no questions about economic justice or the shrinking safety net at the Ronald Reagan Presidential Library, the epicenter of America's political universe, what with California's presidential primary — the crown jewel of the delegate bonanza known as Super Tuesday — less than a week away. The GOP's Final Four evoked the parable about the blind man. Each seemed to represent a different appendage of the Republican elephant — the slicked-back businessman-turned-pol Mitt Romney, the good-humored former Baptist minister Mike Huckabee, the fiery fringe libertarian Ron Paul, and Vietnam War hero and POW John McCain, a self-described "straight talker" on a meandering political odyssey.

Despite their unique and compelling stories and their considerable differences—both in background and in appeal to rival GOP voting blocs — each was apparently determined to stake out the same contrived identity. It was like an old black-and-white rerun of "To Tell the Truth" with four contestants all declaring: "My name is Ronald Reagan."

Excerpted from Tear Down This Myth: How the Reagan Legacy Has Distorted Our Politics and Haunts Our Future by Will Bunch. Reprinted by arrangement with Free Press, a Division of Simon & Schuster, Inc. Copyright (c) 2009. 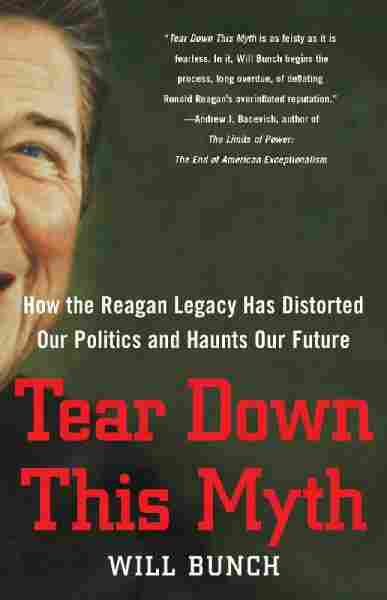 Tear Down this Myth