Accessibility links
More Students Turning Illegally To 'Smart' Drugs Adderall and Ritalin are generally prescribed to treat ADD, but college students are increasingly buying them on the black market as "study drugs" or "smart drugs." Students say popping an "Addy" gives them an instant dose of focus and motivation. But the drugs also can be addictive. 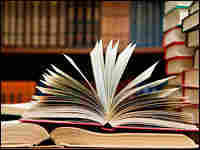 They're commonly called "smart drugs" or "study drugs." Scientists call them "cognitive enhancers." Drugs like Adderall and Ritalin, generally prescribed for attention-deficit disorder, are increasingly being used by college students to help them study despite serious side effects, researchers say.

Adderall, nicknamed "Addy" by students, is the most popular study drug on college campuses around the country, according to scientists. Students say the drug boosts cognitive function and enables them to study for hours with full concentration without getting fatigued.

One student says she took her first Adderall during her freshman year when she was cramming for tests. She and other students asked that their names not be used because using or selling these drugs without a prescription is a felony.

"I would take it, and in about a half an hour, all of a sudden, looking at my journal which had all my assignments, I'd look at it and say, cool, OK," she says. "And I'd start to get more excited about work."

Popping an "Addy" made her feel motivated, eager to hit the books. "When I was sitting down to study, I wouldn't be restless. I wouldn't be thinking about the TV or listening to music. I would just be completely channeled into what I was doing," she says. "I was very focused."

And Adderall didn't make her feel jittery or anxious, like when she drank strong coffee. "I functioned very, very well under it. Anything I did was productive. It was a perfect kind of transition into a study mentality, and I could keep that up for hours," she says.

Students say Adderall and its cousin Ritalin are easy to get — bought and sold in the library, the cafeteria, the dorm, pretty much anywhere on campus. The going rate, they say, is typically $5 a pill. Unless it's exam week. Then, supply and demand kicks in and the price can shoot up to $25 a pill.

They say the main source for the drugs are students who have prescriptions to treat their attention-deficit disorder. One such student says he has been on Adderall for his ADD since high school. Now a college senior, he's still getting his prescription for 60 pills a month. He's supposed to take two pills a day but says he doesn't like taking the medicine unless he has to pull an all-nighter. So he has more pills than he needs.

"I usually just give it to my friends," he says. "I don't really want to charge them for something that I'm not even taking. It's just like extras." He explains that he doesn't like taking his Adderall because of the side effects he experiences, such as insomnia and loss of appetite.

Although Adderall and Ritalin might sound like wonder drugs that can help students study for hours, the drugs are amphetamine-based. That means they can be habit-forming, according to Martha J. Farah, director at the Center for Cognitive Neuroscience at the University of Pennsylvania.

Farah has studied the use of Adderall and Ritalin on college campuses and collaborated on writing a recent commentary in the journal Nature. In the article, Farah describes a college survey in which as many as 25 percent of students on some college campuses have used these study drugs in the past year. She says she understands the drugs' appeal because they do measurably increase concentration and motivation. This is what makes studying for hours on end, or any kind of intellectual work, more engrossing and more rewarding.

But she cautions: "It's also a little worrisome, because basically that extra motivation that you feel when you're using these drugs is the result of the drugs' effects on the brain's reward system."

Scientists have found the drugs increase the brain chemical dopamine. And as they target the brain's reward center, Farah says, there can be trouble. "These are serious drugs with serious side effects," such as severe sleep deprivation and rare heart problems, she says. But most importantly, she says, the drugs can be addictive.

A Student Cautions Others

One college senior recalls using Adderall frequently during her freshman and sophomore years.

"I started to notice my own addictive behaviors," she says, adding that she began using the drug more and more. "The more you use it, the more you want to use more of it."

She knew she was becoming addicted and that she wouldn't be able to afford her habit. So she decided to stop using Adderall. "It takes away your own coping skills and your own ability to evolve your own study skills and work ethic. So it's kind of an easy way out." And she says it made her feel "like a lesser person," relying on the drug to do well. During her last two years of college, she says, she's stayed away from Adderall — and gotten good grades.