Accessibility links
Senate Panel Considers Panetta For CIA The former White House chief of staff and Democratic congressman told a Senate panel Thursday that he has asked former CIA chiefs, including former President George H.W. Bush, how to make up for his lack of experience in intelligence gathering. 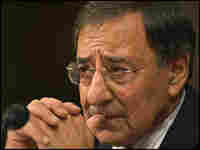 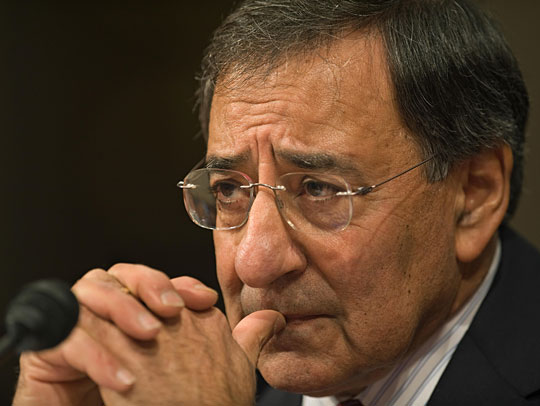 President Obama's pick to become the next CIA director told a Senate panel Thursday that he has asked former CIA chiefs, including former President George H.W. Bush, how to make up for his lack of experience in intelligence gathering.

"They all told me to listen carefully to the professionals at the agency, but also to stay closely engaged with Congress," former White House Chief of Staff Leon Panetta said in written testimony.

Panetta's confirmation hearing comes in a week when two other Obama nominees – former senator Tom Daschle and Nancy Killefer, the president's pick for chief performance officer — were forced to withdraw their nominations over questions about their taxes.

"What are the qualities I bring to this job?" Panetta said. "In a word, 40 years of experience at key levels of government."

Panetta, who has enjoyed lucrative seats on boards of directors, would be forced to end his consulting work and do without well-paid speeches while running the spy agency.

He earned more than $800,000 in director's and consultant's fees, including a $50,000 salary as a professor at Santa Clara University in California. He netted an additional $250,000 for speeches last year.

Among those hiring Panetta through a Washington-based speaker's bureau were two troubled financial companies, Merrill Lynch and Wachovia, which took federal aid during the upheavals on Wall Street. Both were bought out by other banks. He also spoke to the Carlyle Group, an investment firm with interests in defense, financial services, energy and infrastructure companies.

The CIA has had more than its share of controversies in recent years — over secret detention and interrogation practices, flawed reporting on Iraq, and what some members of Congress see as a lack of accountability.

During the presidential campaign, Obama made it clear that as president he would oversee a fundamental re-thinking of detention and interrogation of terrorist suspects.

Last year, Panetta wrote in the Washington Monthly those who believe torture is acceptable in certain cases make "a false compromise."

"We either believe in the dignity of the individual, the rule of law, and the prohibition of cruel and unusual punishment, or we don't. There is no middle ground," he wrote.