Accessibility links
How To Survive Life's Tests Kendra Jones assigned her students to write This I Believe essays and decided that she owed it to them to write one of her own. Jones believes toughness, steeliness and even meanness have helped her throughout her life.

Listen
How To Survive Life's Tests 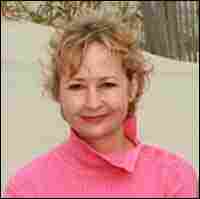 Kendra Jones is an English instructor at Wallace Community College in Selma, Ala. She says she assigned her classes the task of writing This I Believe essays, and felt she owed it to her students to write one of her own. Courtesy Kendra Jones hide caption

I believe in toughness, steeliness and even meanness.

I learned these traits from my father. Toughness came first. I am the first-born and the son he never had. I'm the one he took to the gym, the one who could run faster than the boys, the one who played all day with a broken collarbone. I'm the one who thought my daddy was the toughest man around — and I wanted to be just like him. He never missed a day of school, worked as a dishwasher to pay his college tuition, and toiled as an accountant by day and attended law school at night.

My dad also taught me steeliness, an unwillingness to surrender. Steeliness kept me from being raped once. I fought my attacker. I left an imprint of my phone on his face. I memorized details of his face and clothing. Determined to keep other women from being violated, I identified him, testified against him and made sure he went to jail.

Sometimes even toughness and steeliness aren't enough. I also believe in meanness.

I am not a large woman; petite, in fact. I cannot command respect with my presence and stature. As a community college English instructor in a tough town, I teach people who aren't always eager to learn. I'm the mean teacher. I like to push students harder than they want to be pushed. Some of them don't like me at the time, but they usually end up appreciating me later on. "Hate me now, love me later" is my motto.

I'm even mean with myself. Sometimes it's meanness that gets me out of bed in the morning, like after a night of drinking too much. I'm not nice to myself — I don't give myself permission to stay home. Some of my best teaching days have been the result of my refusal to make others suffer for my poor self-discipline. Meanness with myself keeps me accountable.

That tough and steely will my father gave me helps me bear the loss of him. I watched him die of cancer, but he never gave up on wanting to live. Perhaps it would have been easier on both him and the family had he given in to death, had he not fought to the absolute last breath. Although I do not have him in my life anymore, I got to see him as himself to the very end of his. I understand the poet Dylan Thomas, who pleads with his own father to "rage, rage against the dying of the light."

Women are usually encouraged to be gentle. But when life has tested me the most, I believe it's my toughness, my steeliness and even my meanness that get me through.