Amen, amen and amen. All those in church who want to hug somebody...

Novelist Breena Clarke is giving her neighbor a holy hug at Mount Zion United Methodist Church in Washington, D.C.'s Georgetown neighborhood. Clarke is there to give a talk about her novels which are set in this community, but it's not the posh, mostly white Georgetown of today where Washington hostesses vie to entertain beltway pundits. ..TEXT: This Georgetown existed long ago- a neighborhood of freed slaves, a black neighborhood and Mount Zion tells that story.

Unidentified Pastor: Some have come today (unintelligible) with sad hearts. Broken? Put the pieces back together right now in the name of Jesus.

LYDEN: Breena Clarke puts those pieces back together in her books.

Ms. BREENA CLARKE (Author, "Stand the Storm," "River, Cross My Heart"): Both of my parents grew up in Georgetown. They left in the 1950s to move to other neighborhoods of Washington as did many of the other Georgetowners.

LYDEN: Breena Clarke's grandmother was married in this church which figures prominently in her best-selling novel, "River, Cross My Heart." Her new novel is called "Stand the Storm," a line from a hymn, and it's about slaves who buy their own freedom in the dangerous world of pre-Civil War Georgetown where churches like this one provided almost the only sanctuary.

Ms. CLARKE: Mount Zion Church has a clear, undisputed history as a church in which educational programs took place - reading programs, political discussions and Underground Railroad activities. So I saw Mount Zion as a place to locate the history and aspirations that were typical of this neighborhood.

LYDEN: The first congregation of slaves and free men met in 1814 in Georgetown. Over a hundred black worshipers walked away from a local Methodist church, tired of being confined to the balconies during services.

The new church had several buildings over the years. The one we're sitting in now was built in the 1880s. A lacy, wooden balcony runs all around the church's interior, hand-carved by workmen who could choose whether or not they wanted to sit in it and the windows...

Ms. BOWMAN: These are original windows that you see here now.

LYDEN: That's Mamie Bowman, 60 years a member of this church. She's bathed in the light of those windows which are designed in a geometric pattern called comfort, and comfort there was.

Breena Clarke has drawn extensively on some of the archives and recollections of the church elders here. One of them is Mamie's husband, Carter Bowman Jr., 87-years old and a fourth-generation Georgetowner. He talks about the black codes, the vicious slave era laws. The codes even regulated how many blacks could stand together in the street. And churches became the only place blacks could gather safely and talk about their lives.

Mr. CARTER BOWMAN, JR. (Member, Mount Zion United Methodist Church): Not only did you have a chance to talk about the church, about your living conditions, you studied - how to read and to write, you also had a chance to socialize. And this is where the chance where if you look over the records of Mount Zion, you'll see that many families - many women and men met to socialize, and they also met - that they also went on to make families and get married.

LYDEN: And the church kept records of those families. In fact, says church historian Janet Lee Ricks, it was the only place that escaped slaves felt safe having their personal histories recorded. She's married to the descendant of an escaped slave.

Ms. JANET LEE RICKS (Historian, Mount Zion United Methodist Church): We have in our records statements that tell us the disposition of much of our congregation during the period in which the Underground Railroad was active.

LYDEN: What do you mean disposition?

Ms. RICKS: Sold away to the south, sold to Georgia traders. Gone away, lost.

LYDEN: In her books, Breena Clarke's characters bought their freedom, sometimes with the help of sympathetic whites. The mother in "Stand the Storm" is a slave known as Sewing Annie. She supplements her income in Georgetown by taking in washing.

Ms. CLARKE: They created their own lives. Washing clothes was, I guess, up until the mid-20th century was, in fact, a profession that you could make a living. You could be entrepreneurial.

Mr. BOWMAN: This was our mainstay for women to make money and to be self-sufficient. And I remember my mother washing clothes.

LYDEN: When Carter Bowman's mother stepped out with her laundry basket almost a century ago, the streets of Georgetown had different names, names most residents wouldn't know today. Now, Georgetown's on the Washington grid of letters and numbers.

Mr. BOWMAN: My mother never referred to 32nd Street. She always called it Valley Street. And Breena talks about "Market Street." There is no Market Street, now. Market Street is 33rd Street, and you have to go up on 33rd and M Street and you will see the houses there and till today a lot of artesians and I think dressmakers still use those same houses that she was talking about in "Stand the Storm."

LYDEN: There are still dressmakers and tailors in these houses. But these days, few are black. Carter Bowman's wife, Mamie, has her memories of the streets, too.

Ms. BOWMAN: Which is two doors down.

LYDEN: Those black families are long gone, but their descendants come back every Sunday together at Mount Zion United Methodist. The church inspires their future and preserves their past.

Breena Clarke herself grew up in a different part of Washington. She lives in New Jersey, now. Today, she returned to Georgetown to speak at the church for she's tried to preserve in literature what Mount Zion worked to sustain in real life. Not long ago, she met a woman who knew her grandmother.

Ms. CLARKE: And I said, oh, really? And she said, you know, you look like your grandmother. You look like Betty Clarke. That was the - really like a public acknowledgment of that. And then Georgetown became then, my part of town.

LYDEN: And on Breena Clarke's fictional pages, her part of town speaks again in the clear resonant voices of an often-invisible past.

(Soundbite of song "Give me that Old-Time Religion")

LYDEN: And you can hear Breena Clarke read through her book "Stand the Storm" on our Web site, npr.org. 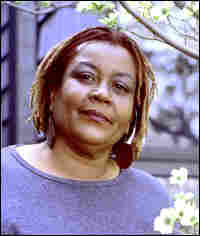 A native of Washington, D.C., Breena Clarke made her debut with the novel River, Cross My Heart, a 1999 Oprah's Book Club pick. Her work has appeared in multiple anthologies, including Street Lights: Illuminating Tales of the Urban Black Experience. She currently administers the Editorial Diversity Program at Time Inc. Lizzie Himmel hide caption

Avoiding sentimentality when writing about slavery

The Washington, D.C., neighborhood of Georgetown is best known these days as a moneyed preserve of high-status politicians and other Beltway elites. But once upon a time, Georgetown was a primarily African-American neighborhood — an exciting, gritty and sometimes dangerous place, with no laws protecting its inhabitants. In her new Civil War-era novel, Stand the Storm, author Breena Clarke provides a glimpse into a little-known side of the nation's capital and one of its most iconic enclaves.

"Sewing Annie" Coats is a former slave who's managed to buy her freedom from a Maryland plantation owner. Traumatized by the sale of her husband, Coats ensures that her children have highly marketable skills — like sewing, weaving, knitting and dying — to keep them safe and valued.

Newly and barely free, Coats opens a laundry in Georgetown, where her son has been apprenticed to a tailor. The city resembles a lawless frontier town rather than the "promised land" to which she'd pinned her hopes. Together, mother and son buck the odds to keep their family together and rise in the face of horrific oppression.

Stand the Storm is a novel of familial devotion, resourcefulness and stirring optimism. The Dallas Morning News called the novel "a love story in its purest form." The Washington Post compared it to a great 19th century page turner, and its reviewer added an unabashed plug: "I loved this book. I loved these people."

Clarke grew up in Washington, D.C., and was educated at the city's historically black Howard University. Her first novel, River, Cross My Heart was a 1999 best-seller and an Oprah's Book Club pick.

This reading of Stand the Storm took place in August 2008 at the Politics and Prose bookstore in Washington, D.C. 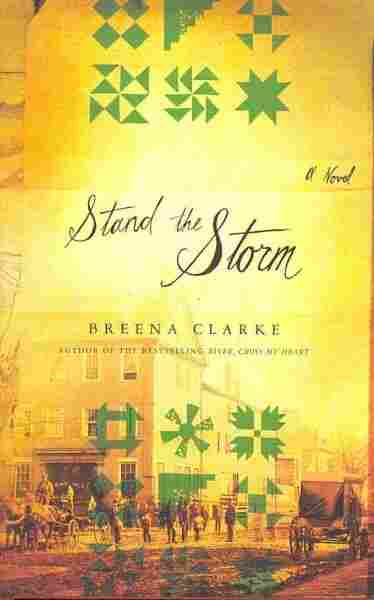