Accessibility links
Judge Posthumously Clears Man Convicted Of Rape Timothy Cole was accused of rape in 1985. His conviction was based on the victim's testimony, but there was no physical evidence tying him to the crime. He died in 1999, before DNA evidence proved he was not the rapist.

A Texas judge has exonerated a man who died in prison after serving 13 years for a rape he did not commit.

Timothy Cole was accused of raping a Texas Tech sophomore when he was a student in 1985. His conviction was based on the testimony of the rape victim, but there was no physical evidence tying him to the crime.

After the statute of limitations had run out, Jerry Wayne Johnson, who was serving 99 years in prison for two other rapes, tried to confess to the crime. But the criminal justice system in Lubbock ignored his confessions, and Cole died in prison of asthma complications in 1999.

DNA testing last year linked Johnson to the crime, and on Friday he testified that he was the rapist.

State District Judge Charles Baird posthumously exonerated Cole and expunged his record. The victim, Michele Mallin, apologized to Cole's family for mistakenly identifying Cole as her attacker. She lashed out at Johnson in court, yelling that he had robbed Cole of his life.

It was the first posthumous DNA exoneration in state history. 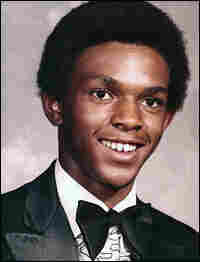 Timothy Cole was sentenced to 25 years in prison for the rape of Michele Mallin. Courtesy of the family of Timothy Cole hide caption

toggle caption
Courtesy of the family of Timothy Cole 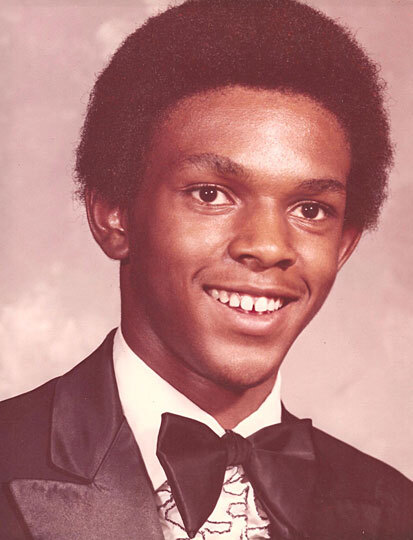 Timothy Cole was sentenced to 25 years in prison for the rape of Michele Mallin.

Courtesy of the family of Timothy Cole 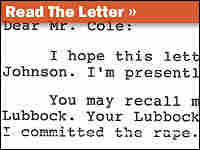 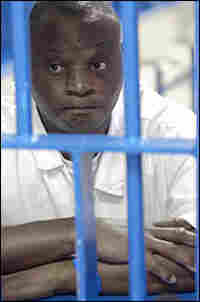 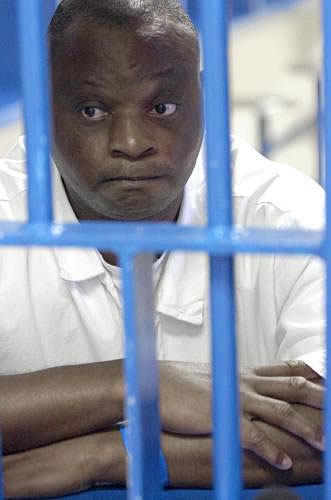 The family of a man convicted of rape will be in an Austin, Texas, courtroom Thursday to try to clear his name — joined by the woman whose testimony helped imprison him.

In 1985, Timothy Cole was a student in Lubbock when he was arrested and accused of being the Texas Tech rapist. A string of coeds had been raped, and the young African-American man from Fort Worth, who'd never been in trouble with the law before, was convicted largely on the eyewitness account of one rape victim.

Nearly two decades later, a jailhouse confession by another man prompted new DNA testing in the case. Those tests proved that Cole was innocent, that he should be exonerated and released. But in this case, that proved impossible.

It was Sunday night, March 24, 1985, and Texas Tech sophomore Michele Mallin had just returned to her dorm room after a weekend visiting her relatives. It was getting late when she remembered that she needed to move her car to a legal parking spot.

"I thought, well, I'll just run over there and do that real quick — it was almost 10 o'clock. Then I'll come back and get ready for bed," Mallin says.

As she finished moving her car, a black man appeared and told her he was having car problems. Did she have any jumper cables?

"Then all of a sudden, he just opened the door of my car and forced himself in and then he put a knife to my throat at the same time," says Mallin, who is white. "He pushed me over into the passenger seat and started to drive away and stared telling me,' Stop screaming,' because I was screaming my head off, 'or I'm going to kill you.'"

Mallin feared for her life as the man drove her out of Lubbock to a vacant lot. But she was strong, athletic, a virgin — and determined to stay that way.

"I just couldn't fight him," she says. "As much as I tried, I couldn't. He was just stronger than me physically."

Her attacker had one very distinguishing characteristic. "He smoked the whole time," she says she told authorities "from the get-go."

A chain-smoking, African-American rapist who used a knife. That was the man the Lubbock police should have been looking for. But it was a nonsmoking, asthmatic black man they eventually settled on.

Cole had enrolled at Texas Tech for the 1985 spring semester. One of his friends worked at a Mr. Gatti's pizza parlor near campus, and Cole would often wait for him there. The restaurant was just a few blocks from where Mallin was raped. The police took a Polaroid photograph of Cole and showed it to her.

"Yeah, I was pretty confident, I never really wavered," Mallin says. "I really honestly believed that they found the right guy and I had picked out the right guy." She says she assumed the police had other physical evidence.

But there were holes in the prosecution's case. No physical evidence tied Cole to the crime. Although the rapist drove the car extensively, Cole's fingerprints were not found in the vehicle. Cole also had a solid alibi: At the time of the rape, he was studying in his apartment while his brother was having a card party in the living room. Several young people testified at trial that Cole was in the apartment with them all evening.

The district attorney attacked Cole's witnesses as brash, slick liars who would say anything to save their friend. In the end, the jury believed Mallin, and Cole was sentenced to 25 years in prison.

As he sobbed in his jail cell crying out that he was innocent, another inmate, Jerry Wayne Johnson, was listening.

Johnson was in jail over charges that he had raped two women. One victim was a 15-year-old white girl he brazenly snatched right out of her high school. Johnson had held a knife to her throat as he drove her to a vacant lot outside of Lubbock. He also was a heavy smoker.

Johnson had been following Cole's trial closely, because he was the man who raped Mallin. In an interview with the Lubbock Avalanche-Journal, Johnson describes listening to Cole's anguished cries that night.

"I just looked over and was just kinda looking at him. I didn't say nothing to him," he says.

The idea that it was Johnson who raped Mallin seemed to occur to everyone except Lubbock law enforcement. His name was brought up repeatedly during Cole's trial, but it had no effect on the jury.

A Confession That Came Too Late

After Cole was convicted, the real rapist quietly waited for the statute of limitations to run out. Then, in 1995, Johnson wrote a letter to the district court in Lubbock in which he confessed to raping Mallin. He got no reply. So he wrote another letter asking for an attorney so that he could legally confess. Again, he was ignored.

Johnson eventually wrote to the former Lubbock district attorney who prosecuted the case, Jim Bob Darnell, and asked for his help. There was only silence in reply. By 2007, Johnson, who was still in prison, tracked down what he thought was Cole's address. He assumed Cole was out on parole and mailed his confession.

In the end, Johnson's confession came too late. In prison, Cole had struggled to get adequate medical treatment for his asthma. He was found unconscious in his cell twice and revived in hospital emergency rooms. Then on Dec. 2, 1999, Cole was again found unconscious. He died before the prison got him to the hospital. He was 39 years old.

With Johnson's letter in hand, Cole's family went to the media. In response, the Lubbock D.A.'s office announced it would run modern DNA tests. When the results came back, it was Jerry Wayne Johnson's DNA on the swabs in the rape kit, not Timothy Cole's.

The Innocence Project of Texas sought relief in court to clear Cole's name, but no judge in Lubbock would grant them a hearing. Darnell, the former district attorney who later became a local family court judge, did not respond to repeated requests for an interview. However, he told the Lubbock paper that he regretted what happened to Cole.

It took a state judge in Austin to review the facts and grant a hearing for relief, which begins Thursday. Although Lubbock law enforcement has declined to testify, Mallin will. She plans to take the stand and ask that Cole be exonerated in death.

"I still feel guilty. I'll always feel guilty about it because, I mean, my testimony sent a man to prison and he ended up dying there," Mallin says. "Even though I know I did everything I could in my heart of hearts to do the right thing, still that happened. But I know the police are responsible and the D.A., too, because they knew things I didn't know."

So far this decade, 34 men in Texas, most of them black, have been exonerated by modern DNA testing. They spent 10, 15, 20, even 27 years wrongly imprisoned for rape before being released. No such remedy is available for Cole, a bright, likeable young man who got along well with everyone and who, in the spring of 1985, had his whole life ahead of him.