Accessibility links
Iraqi Insurgent Continues Fight Against U.S. Troops Violence may be down dramatically in Iraq, but the insurgency is still alive. Though their ranks are diminished, Iraqi fighters' attacks against U.S. forces go on. Abu Abdul Aziz, a member of what he terms the "honorable resistance," explains why he fights the U.S. 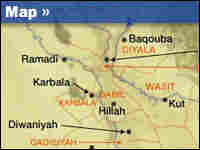 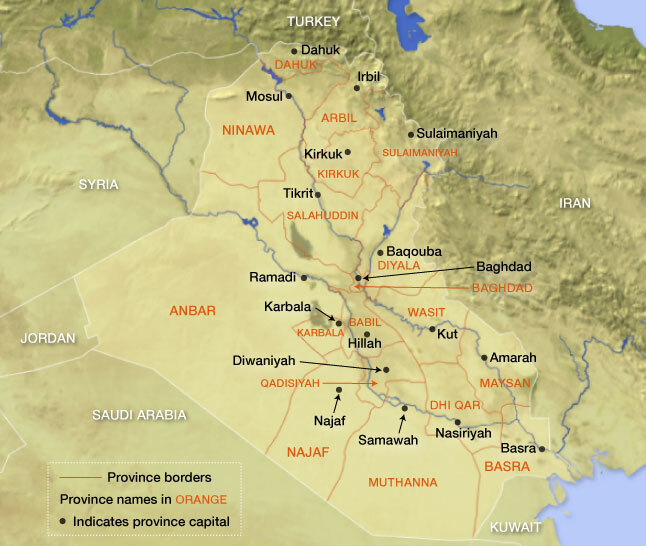 Violence may be down dramatically in Iraq, but the insurgency is still alive.

Though their ranks are diminished, fighters in places such as Mosul, Baghdad and Diyala province continue to launch attacks. Last week in Diyala, for instance, a suicide bombing killed 14 people. Meanwhile, al-Qaida In Iraq is still a threat.

But there also are insurgent groups with different aims that remain active as well. Abu Abdul Aziz (his nom de guerre) is a member of one of these groups, what he terms the "honorable resistance." (His voice in the broadcast version of this story has been disguised at his request.)

Americans 'Here To Harm Us'

"I have killed many Americans, not just one or two. When I kill them, I feel happy, like victory is coming," says Aziz.

He says this matter of factly. He looks unremarkable. His eyes are dark brown, his clothing neat and ordinary — he wears a red and white checkered headdress and a long, tan dishdasha.

"If you look into my heart, you won't find any sympathy for the Americans at all. That's not because I have no human feelings, but because I feel that they are here to harm us, to steal from us, to kill our women and our children," he says.

He says his last operation against American troops was last week — a Katyusha rocket attack against an American forward operating base in Anbar province, west of Baghdad.

"We've done many operations — mortar attacks, roadside bombings, sniper fire — and we've also fought them in street battles, face-to-face with rocket-propelled grenades and machine guns," Aziz says. "There is a saying here: 'What is taken by force can only be restored by force.' We know the Americans won't really leave unless we use force."

Aziz sees himself as an Iraqi nationalist, and he insists his group does not target Iraqi civilians.

"The honorable resistance does not do suicide bombings. That's al-Qaida. We do not harm innocent people, Muslims or not Muslims. Our target is only the Americans," he says.

Originally from Anbar province, where he owned a small restaurant, Abu Abdul Aziz says he took up arms in 2004 after the leader of his mosque asked all the men to fight the Americans. At the beginning, he says his cell had 75 members; by 2005, they were 750. He says they were treated like heroes.

"We were not being funded by anyone from abroad. We were supported by the poor, by regular people. Women would even sell their gold to give us money to help fight the invader," he says.

Aziz says that at the time they felt they were winning, carrying out several attacks each day in Anbar and beyond. Then, in 2005, he was captured by the Americans.

Just before he was released two years later, he says he received word that his sister and 11 members of her family had been killed in an American airstrike.

"I then had two motivations to continue with the resistance. The first was for my religion. The second was revenge," he says.

He has continued to fight, but he acknowledges that these days, things are more difficult. His group — called the Front of Jihad and Change — now numbers only 35 people, among them six women. They are all from different insurgent organizations that have splintered. They rarely operate in Anbar province.

"I wish the days of 2005 would come back again. It was such a good time for the resistance," he says. "Our situation now is not good, actually. We are weak. We are being watched. I was probably watched coming here today."

He says al-Qaida and its brutal tactics damaged the reputation of the real Iraqi resistance, as he terms his group. Aziz says the insurgency no longer has the support of the population.

And there are simply fewer fighters these days. They've been captured or killed; many grew tired of fighting and retired.

And some, like the tribal members of the so-called Awakening movement, began to work with the Americans. He says those former insurgents sold out for money.

He says he and others like him will never be co-opted.

"We will keep fighting until the last American has left. Only then will we drop our weapons," he says.

Though weakened, the insurgency, he says, still has a vast network throughout the country.

"We have weapons stores everywhere. And we have funding. We have no lack of either," he says.

He says he has members of the Iraqi police force work with the insurgents. They allow the insurgents to ride in their cars, he says, and they help transport weapons through checkpoints.

Insurgents Pass Fight Onto Next Generation

Abu Abdul Aziz says he hopes President Obama will withdraw all U.S. troops from Iraq, but that he doesn't believe it will happen.

"We Muslims have a different way of seeing things than you in the West," he says.

"In Palestine, there has been 60 years of resistance, from one generation to another. If the Americans stay here, we will also keep resisting, from my generation to the next," he says.

Aziz says he is preparing his three young sons to continue the fight.

"See this American soldier? He invaded you," he tells his children. "These people are your enemy."