Accessibility links
Chanteuse Blossom Dearie Dies At 82 With her wispy, delicate voice, Dearie was a darling of the jazz world for decades. Her biggest hit was "I'm Hip," and she even recorded with Schoolhouse Rock. The cabaret singer and pianist died Saturday of natural causes in her New York City home. She was 82. 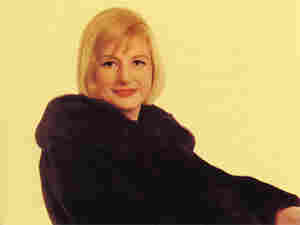 Blossom Dearie's voice might have sounded adorably sweet, but she backed it up with an independent attitude. Courtesy of the artist hide caption

With her wispy, delicate voice, Blossom Dearie was a darling of the jazz world for decades. The cabaret singer and pianist died Saturday of natural causes in her home in New York City. She was 82.

She was a small woman with a small voice, but blogger Marc Myers says it was a distinctive style that made you want to listen.

"Blossom's voice always had this pixie-like sense of wonderment," Myers says. "Her voice was sort of helium high."

Myers says that when Dearie began singing in the '40s and '50s, some of the most acclaimed female jazz vocalists were hitting their stride.

"She sort of walked among giants. You had Peggy Lee, Sarah Vaughan, Carmen McRae, Ella Fitzgerald. But Blossom stood out by fusing cabaret and jazz together," Myers says. "She had this whimsy, but this very deep passion."

Dearie Makes A Hit With 'Hip'

When she was a little girl in upstate New York, Dearie studied classical piano, but quickly gravitated to jazz. She liked to have fun and was known for her wit. Over the years, she worked with two other funny jazz musicians: Bob Dorough and Dave Frishberg. She recorded one of the songs they wrote for themselves, called "I'm Hip."

"We both thought it would last a season after people got the joke," Dorough says. "Blossom made a little hit out of it."

Later on, when Dorough was hired to write the music for the kids' show Schoolhouse Rock, he asked Dearie to sing a couple of songs.

Describing Dearie's voice in The New Yorker, Whitney Balliett once wrote, "It speaks of porcelain and Limoges."

But this delicate artist was also very demanding. In the 1970s, she started her own record label, Daffodil, and she had a reputation for not tolerating people talking or smoking during her shows. Dearie would stop in the middle of a song and tell people to be quiet.

Dearie was a regular act at a club in Manhattan up until just a few years ago. She told Marian McPartland, host of NPR's Piano Jazz, that in later years, as she sang her collection of popular standards, her fans were always respectful.

"They're very aware of the music," Dearie said. "They know everything. I always say, 'I'm not afraid of forgetting the lyrics, because if I forget the lyrics, somebody in the audience knows the lyrics.' They cherish these songs. My audience is very with it." 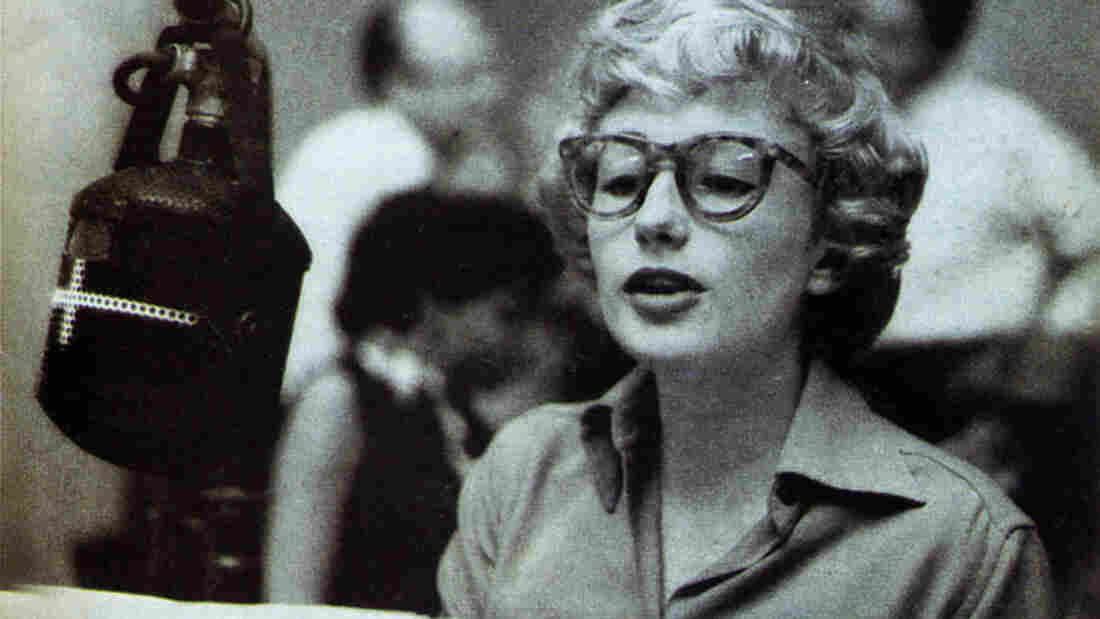 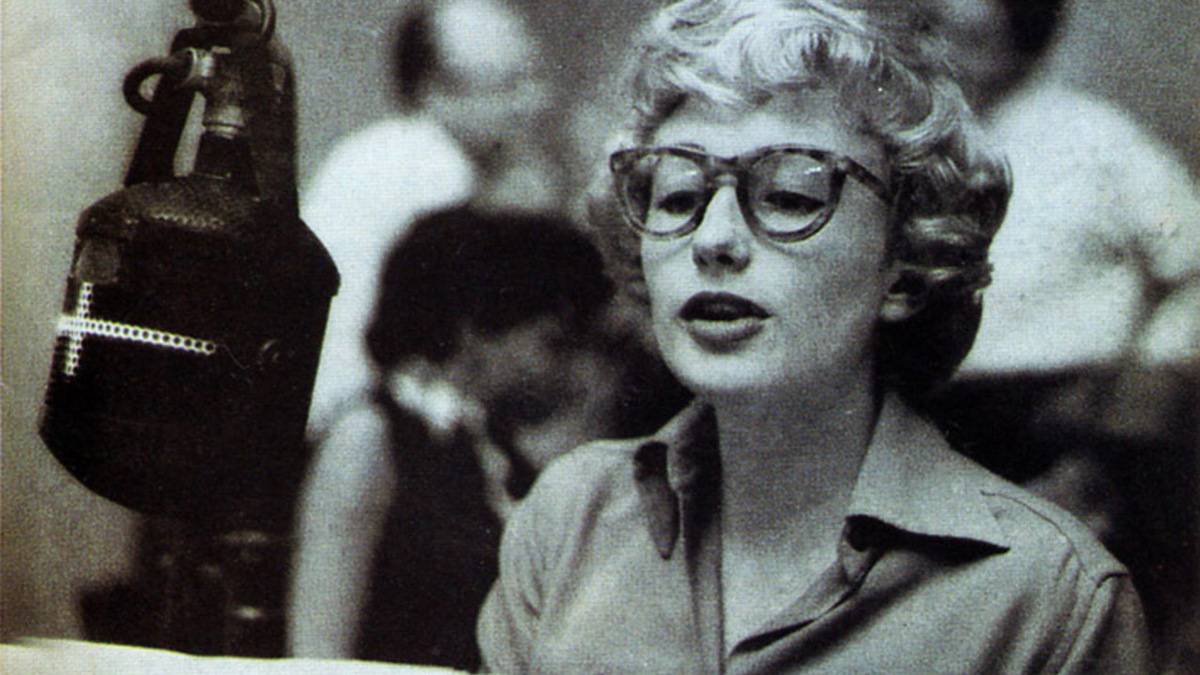 This week's Piano Jazz is a rebroadcast of a show that first aired in 1985, presented as a tribute to Blossom Dearie, who died in 2009 at age 82.

The aptly named singer and pianist Blossom Dearie had a unique, childlike voice that, along with truly swinging piano work, could deliver scathing wit wrapped in a sweet package.

A consummate performer, Dearie eschewed jazz improvisation. And while her harmonies were inspired by Frank Sinatra, her pixie-like voice was counterbalanced by the muscular rhythms she pounded out in the manner of Count Basie and Oscar Peterson.

Dearie avoided working in cabarets and nightclubs for much of her career; her delicate voice was no match for the smoky atmosphere of such venues. However, she was a fixture at the Roseland Ballroom in Manhattan, where she performed regularly starting in 1983.

Dearie opened this session of Piano Jazz with a tune written specifically for her by Johnny Mercer: "My New Celebrity Is You." In her nudge-and-wink vocal performance, she drops names from Modigliani and Montovani to Dean Martin and Mia Farrow. Dearie invites host Marian McPartland to play along; afterwards, McPartland remarks, "That was kind of a shame that I played on that at all — the thing is so perfect without me pussyfooting along." To which the ever-charming Dearie replies, "I thought it was very tasty what you played."

Dearie continues with another Johnny Mercer tune featuring her own melody, "I'm Shadowing You." In this tune, Dearie has a different take on celebrity, in the role of a sweet stalker: "There'll be no escape / I'm getting out a tape and video, too." Her delicate vocal on this cleverly written Mercer tune is swinging, refreshing and hip.

McPartland gets together with Dearie for an easy, gentle duet on Rodgers and Hammerstein's "Surrey With the Fringe on Top," and later they pick things up just a bit on the Rodgers and Hart tune "Everything I've Got Is Yours." Dearie confesses to not being much of an improviser, but McPartland says, "You did too improvise. I caught you at it."

The session wraps up with another duet featuring Dearie's unmistakable voice, Frank Loesser's "If I Were a Bell." McPartland has said that Dearie "made every song a musical gem," and listening to her sing this well-known number, it's easy to see why.