In this week's Black History Month salute, writer Kai Wright tells how freed blacks in northern cities quickly discovered ways to become politically engaged. In 1817, thousands of blacks in Philadelphia made a statement to whites by unifying to boldly renounce unjust practices rooted in slavery.

In February, we celebrate Black History Month, where we remember events and individuals that have played an essential role in this country's history. Editor and writer Kai Wright is going to tell us about some exceptional stories.

Last week, Kai told us about a rare firsthand account of one enslaved African's passage from Africa to America. This week, he'll tell us about how the presence of free blacks in the northern cities in the early 19th century stirred up a controversial proposal. Kai, tell us more about black history.

KAI WRIGHT: Thanks, Michel. Today, we move forward into the early 19th century to hear the voices of some of the free blacks who existed in northern cities like Philadelphia and Boston and New York.

Though they were nominally free, they often had to fight to keep it. First off, their lives were in great peril. They were often the focus of violent uprisings amongst white laborers, but they were - what I always loved is that they're deeply politically engaged.

During the early abolition movement, indeed throughout the abolition movement, there was a great debate about what to do with all these slaves once we free them. White liberals couldn't imagine the idea that we would just turn these savages free into American society, and so the idea came up, well, let's send them back to the coast of Africa as missionaries. They'll be a civilizing influence. But every day free black folks said, well, wait a minute, I'm not so interested in that.

And so, there was these host of town hall meetings, one of which occurred in January 1817 in Philadelphia, where 3,000 African-Americans got together and discussed colonization. And they released this public statement that was written by James Forten, who was a local entrepreneur.

We, therefore, a portion of those who are objects of this plan, and among those whose happiness with that of others of our color it is intended to promote, with humble and grateful acknowledgments to those who have devised it, renounce and disclaim every connection with it; and respectfully but firmly declare our determination not to participate in any part of it.

They go on to describe their real objection to it which is that many of their family members are still slaves, and that this plan will only seek to undermine what is a growing abolition movement. But if the emancipation of our kindred shall, when the plan of colonization go into effect, be attended with transportation to a distant land, and shall be granted on no other condition, the consolation for our past sufferings and those of our color who are in slavery, which have hitherto been, and under the present situation of things would continue to be, afforded to us and to them, will cease forever.

The cords, which now connect them with us, will be stretched to the distance to which their ends will be carried until they break. And all the sources of happiness, which affection and connection and blood bestow, will be ours or theirs no more.

And I love this because it shows the common sense response to a debate that showed how crazy slavery and the racism that underpinned made everyone. This colonization plan was supported by some of the brightest minds of our time. Lincoln supported it. Benjamin Franklin supported it.

But at the time, there were more slaves in South Carolina than there were whites. And the best that could be thought is, well, we'll have to ship them all back to Africa as missionaries. So, I thank you, Michel, for letting me share that with your listeners.

MARTIN: Thanks, Kai. Kai Wright is editor of The African-American Experience: Black History and Culture Through Speeches, Letters, Editorials, Poems, Songs and Stories. He joined us from our studios in New York. We'll hear from Kai each week this month in our series Tell Me More About Black History.

MARTIN: And that's our program for today. I'm Michel Martin, and this is Tell Me More from NPR News. Let's talk more tomorrow. 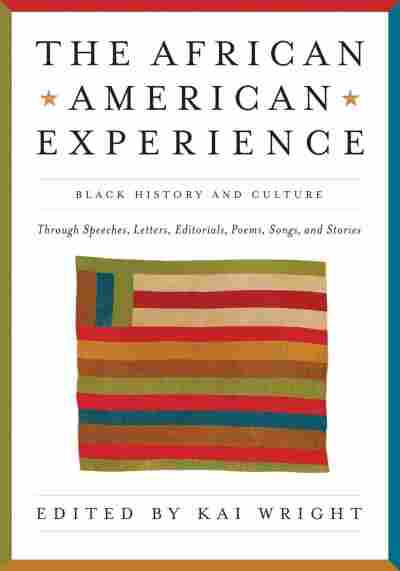