Accessibility links
J.D. Souther: Back In The Saddle : World Cafe J.D. Souther has penned hits for some of the most famous voices in American country and rock. Now, the veteran rocker and songwriter returns with his first album in 25 years, If the World Was You.

J.D. Souther: Back In The Saddle

"I'll Be Here At Closing Time" 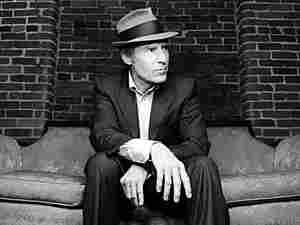 After a 25-year hiatus, country rocker J.D. Souther has just released his fifth solo album, If the World Was You, which infuses jazz, Latin and lounge music while still blazing with Souther's trademark sound.

Souther has long been a successful songwriter, having written songs for The Eagles, Linda Rondstadt, Bonnie Raitt and James Taylor. After he relocated to Nashville, he wrote for an even wider variety of artists, including India.Arie, Trisha Yearwood and Brooks & Dunn. Despite multiple Grammy nominations, Souther made the decision to leave his solo career in the mid-'80s in an effort to focus on his songwriting.

After two decades of development, Souther is back with a refined album of vibrant, soulful rock. He joins host David Dye to discuss his how his songwriting has evolved in the past 25 years.

Album
If the World Was You
Artist
J.D. Souther
Label
Mri
Released
2008