Accessibility links
Roset Melamed, An Iranian Beauty Queen The Tehran that Roset Melamed remembers is not the same one in the news today. A former Miss Iran, Melamed spent her youth ice skating and learning martial arts. Nothing prepared her for a revolution that would make her feel unsafe in her own neighborhood. 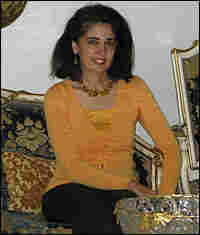 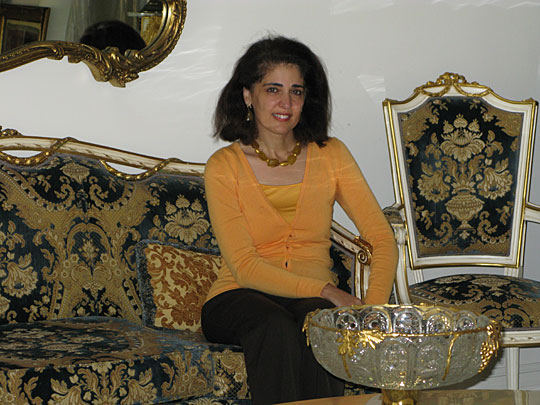 Roset Melamed in her living room in Los Angeles. 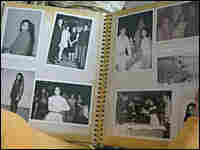 Melamed thumbs through photo albums of her family during her childhood in Iran. Amy Walters, NPR hide caption 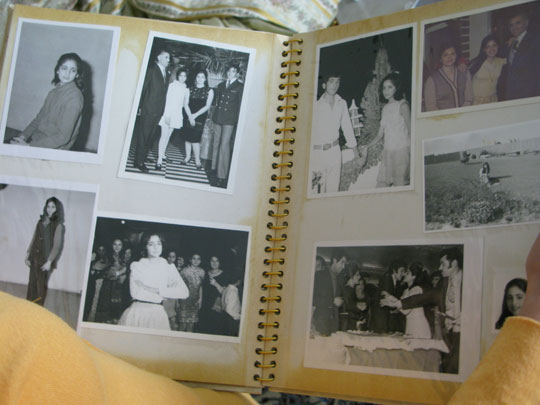 Melamed thumbs through photo albums of her family during her childhood in Iran.

In the early 1970s, Roset Melamed led a comfortable life in Iran. She grew up ice skating and learning martial arts. She was talented and beautiful.

Melamed thumbs through old scrapbooks with pictures of teenage girls — herself and others — pictured in jeans, skirts and short-sleeved shirts. It's nothing like what you would see on the streets of Tehran today.

For Melamed, the revolution of 1979 came as a shock. Bit by bit, signs of unrest breached her existence. She knew there were demonstrations on the streets and scattered violence. But the thought of revolution seemed extreme.

The night her first son was born, in September 1978, there was no electricity at the hospital and no hot water. Hoping for a respite, Melamed decided to leave the country with her newborn and her mother for Buffalo, N.Y., where her brother was studying. She planned to stay until things got better.

As Melamed waited to depart from the airport in Tehran, all planes were delayed. Soon, rumors began to fly: The Shah of Iran had left from that same airport, that same day.

After a few months in Buffalo, away from her family and friends, it became clear that the situation in Iran was not getting better. Melamed could not stand to be away from the rest of her family any more. She and her mother and son returned to the new Iran.

Soon after her return to Tehran, her husband wanted to take her out for a pizza in the neighborhood, to celebrate their anniversary. Knowing the dangers of the new situation, Melamed didn't want to go. He persisted; she complied. The couple sat side by side in the restaurant, talking and holding hands happily, when Melamed suddenly heard the sound of boots marching toward her husband.

The soldier left after she and her husband agreed to sit across from each other and not hold hands. But Melamed couldn't eat. She was shaking in fear.

Sometime later, her husband's cousin was executed. Melamed says she could think of only one reason why: He was Jewish. So was she. Iran, she felt, was becoming too dangerous for her and her family.

The family has lived in Los Angeles for the past 30 years. They had left Iran with little money. But her husband had an engineering degree, and in the U.S., he eventually became part of the team that built NASA's Mars Rover. He received a special prize from NASA's Jet Propulsion Laboratory.

"He is a success," says Melamed. "We are a successful family."