Accessibility links
Battle Brewing Over Electronic Books The race for dominance in the electronic book market is heating up. But as Amazon unveils its updated reader, some booksellers are saying A.B.K. — anything but Kindle. 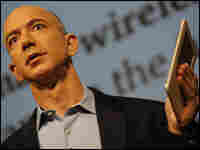 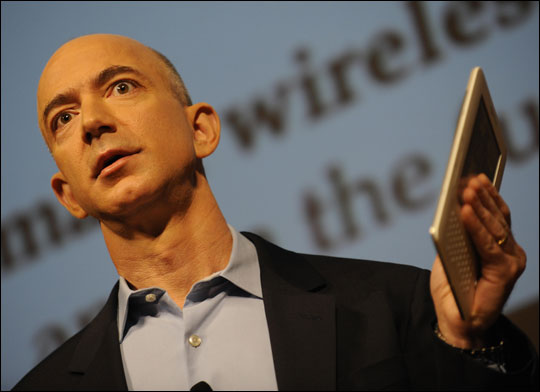 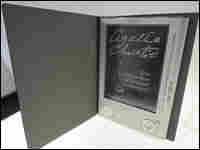 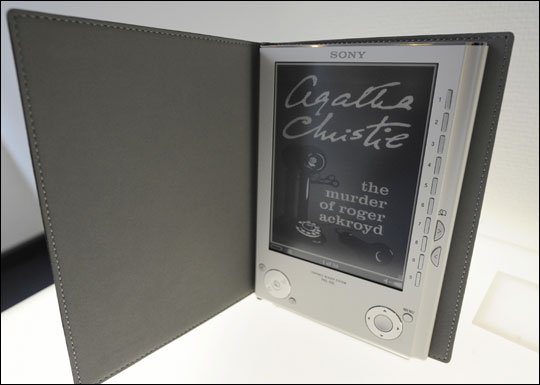 When some people in the book industry were running scared from the very idea of e-books, M.J. Rose was embracing the concept. Now a best-selling author, Rose self-published her first book as an e-book almost 10 years ago. So it's not surprising that Rose is an enthusiastic owner of Kindle, Amazon's electronic reader.

Rose chose the Kindle because its wireless technology makes it easy to download books from the Kindle store — no matter where she is. A longtime Amazon customer, she thinks the Kindle is well-positioned to dominate the market for a long time to come.

"I think it's going to be very hard for anybody to get away from the Amazon thing," she says. "There does seem to be something in our culture that the person who comes in first with the glitziest thing does seem to last the longest. Think about an iPod."

Few doubt that Amazon would love to see the Kindle play the same dominant role in the book business as the iPod does in the music business. But James McQuivey, a media technology analyst at Forrester Research, says it might not be so easy. For one thing, he says, Sony's digital reader is doing well on the market. And new competitors are waiting in the wings.

Beyond that, McQuivey says the media landscape has changed since Apple introduced the iPod with its iTunes store and forever changed the music business: "The book publishing industry has looked over the last few years and watched what Apple did to the music industry. So they are saying, 'Huh, if Amazon wants to do that to us, we're not so sure we want to go along for that ride.' "

Just as Apple set up iTunes, so Amazon has its own store, which Kindle owners must use to buy their e-books. But Richard Sarnoff, the co-chair of Random House parent company Bertelsmann, says that kind of business arrangement leads to problems.

"There are some dangers at having one player in the chain be truly dominant or even monopolistic, in that they tend to have more pricing power," Sarnoff says.

No one expects e-books to overtake printed books as rapidly as digital music overtook CDs and albums. For one thing, many readers are older and more attached to the traditional book. Perhaps more important, Sarnoff says, the book industry doesn't have some of the problems the music business had when the iPod came on the market.

"There's a fair amount of trust in our business, and we think that will provide a reasonable basis to find the appropriate levels of pricing up and down the chain for digital books," Sarnoff says.

As digital books become more popular, it seems that the booksellers may have the most to lose. Milwaukee bookseller Daniel Goldin says his mantra is A.B.K. — "anything but Kindle."

"If we want to get a piece of [the e-book] business and make sure we still have a connection to the reader, we need to get on a different platform," Goldin explains. "We need to be on the Sony e-book reader, where we'll at least have a chance of being part of the transaction."

We said, "[U]nlike the Kindle, the Sony reader has an open platform which allows users to download books from multiple sources." In fact, Kindle supports a wide variety of formats, and its e-books can also be downloaded from various sources.