Accessibility links
Does Stimulus Package Keep Green Goals In Sight? The stimulus package will pump billions of dollars into environmentally friendly programs. But it won't forge the major changes necessary to slash greenhouse gas pollution and wean the United States from imported oil. And some provisions could make it harder to reach those goals. 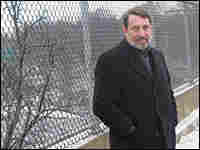 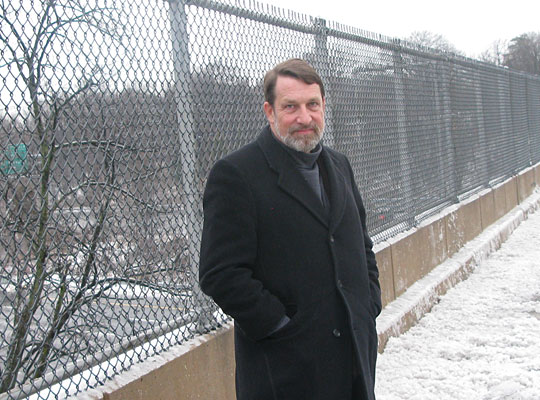 President Obama has said the stimulus package will move America toward a greener future. The package will pump billions of dollars into environmentally friendly programs, but it won't forge the major changes necessary to fight climate change and wean the U.S. from imported oil. And some provisions could make it harder to reach those goals.

The top priority of a stimulus package is to spend the money quickly to give the economy a jolt. That means pouring money into existing programs and approved projects, which ends up favoring the status quo.

Arguably, the part of the package that is least friendly to the environment is the $29 billion or so Congress wants to give states and local governments to spend on highway projects.

Some of that money could go to widen Interstate 95, the main East Coast highway, as it makes its way through suburban Maryland toward Washington, D.C. Local officials want to spend some of the stimulus money to connect I-95 to a new toll road under construction called the Intercounty Connector.

"This will then be a 12-lane highway, and in some places — where there are off ramps and on ramps — it will be 14 lanes wide," says Michael Replogle, the Environmental Defense Fund's transportation director.

Replogle says spending stimulus money to widen I-95 and on other new highways around the country will mean more cars, more development and more greenhouse gas pollution.

"It's not the kind of investment we need to be making in the 21st century, particularly when we have good leadership in the state and federal level that is calling on us to reduce our greenhouse gas emissions to get serious about the severe climate change challenge that is ahead of us," Replogle says.

Administration officials say road projects meet the primary objective of the stimulus package because they're ready to go, so the money can be spent quickly to help kick-start the economy.

"In developing the stimulus package, shovel-ready was absolutely important," says Carol Browner, director of the White House Office of Energy and Climate Change. "The infrastructure, as we all know, across our country is in serious need of attention. We can create jobs immediately through these projects."

"The good news is that there were tremendous opportunities in terms of clean energy and green jobs," Browner says.

But some energy experts say the massive amount of money could be spent in ways that would have more positive long-term consequences.

"I think there are a lot of missed opportunities," says Charles Ebinger, director of the energy security initiative for the Brookings Institution, a Washington, D.C., think tank.

Ebinger says Congress and the president are thinking too small. To spend such a massive amount of money, they should take their time and use it in big ways to create the foundations of a greener economy.

"It may take a lot of political heat. It may take more pain in the interim. We may see much higher levels of unemployment. But if the long run is to make us more efficient and really transition us to the future, this is the way we need to go," Ebinger adds.

Pushing The U.S. In A Different Direction

Instead, the money could turn the country's three aging electric grids into one integrated modern one — ready to access energy from new wind farms in the center of the country and solar plants in the Southwest. It could fund big, green public transportation projects and entice businesses to make mass-market cars that get 60 miles per gallon.

Ian Bowles, Massachusetts' energy and environment secretary, says that's too much to ask of a stimulus package. But he says the stimulus money can help push the country in the right direction.

For instance, Bowles says his state hopes to use stimulus funds to build wind turbines that would power wastewater treatment plants. The money would also pay for other clean energy projects, he says.

"What it really importantly does is allow us to access an existing pipeline of projects that we don't have the funding to cover," Bowles says. "And that will create jobs and advance both our energy and environmental objectives up here."

It's up to Congress to attach enough green strings to the stimulus money to prevent states from spending it on projects that would make it harder in the long run to cut greenhouse gases or reduce dependence on foreign oil, according to Bowles.