Accessibility links
Big, Bad Business: Hollywood's Corporate Villains Movie critic Bob Mondello says we get the villains that are perfect for our time — and when we're feeling jumpy, Hollywood likes to cast big business as the boogeyman. 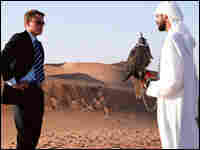 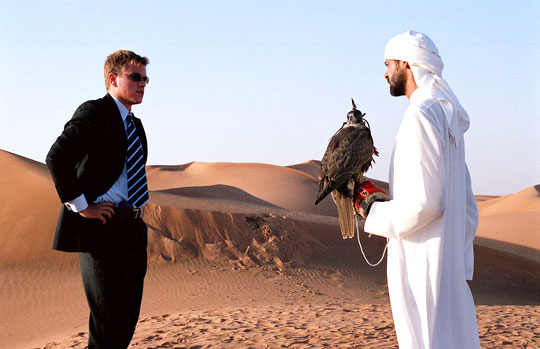 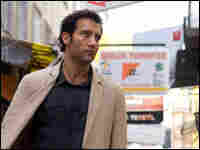 Agent Of Change: Clive Owen busts up shady financial dealings in The International. 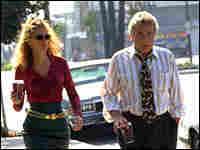 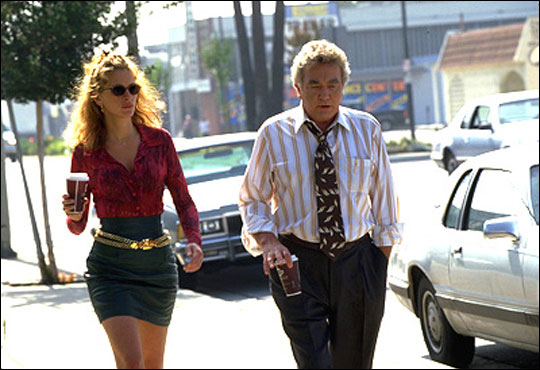 The new movie The International has Clive Owen as its hero, a bank as its villain and a globe-trotting, assassin-plagued finance-industry plot line like nothing you'll find at your local bank branch. The advertisements for The International call this film about a dangerous bank "the perfect thriller for our time."

Which set me to musing about how it fits with Hollywood's earlier corporate villains — other malevolent industries, in other movies, that were said to be perfect for their times.

Seems like only yesterday, we were all afraid of Big Oil, and in the movie Syriana, it was Matt Damon who told us why: "[Oil] is running out, and 90 percent of what's left is in the Middle East. This is a fight to the death."

Before oil companies, it was power companies that could be counted on for a little evil electricity — building unsafe nuclear plants in The China Syndrome, exposing Meryl Streep to dangerous levels of radiation in Silkwood, and spilling toxic waste into drinking water in Erin Brockovich.

More recently, it's been pharmaceutical companies run amok, callously testing dangerous drugs on unsuspecting Africans in The Constant Gardener, then protecting themselves in ways that one character likened to the practices of arms dealers.

And have I left out arms dealers? Hollywood certainly hasn't. And car companies, chemical companies, food, trash, media, insurance, you-name-it companies have all been dragged into cinematic court to try to justify their hideous practices. In Michael Clayton, a lawyer played by Tom Wilkinson despairs, saying he's spent 12 percent of his life "defending the reputation of a deadly weed killer."

Outside the multiplex, though, we tend to think of most of these corporate entities as necessary pillars of society. We need our weed killers, after all; though that doesn't mean we trust the chemical companies that make them.

Any more than we do banks: They're big, impersonal and waste the fees they charge us on gazillion-dollar executive bonuses. So if a movie like The International wants to maintain that a bank is involved in illegal arms deals, all Clive Owen and Naomi Watts have to do to make that persuasive is get an arms maker to explain what's in it for the bank.

What the arms maker says is that the point isn't to control conflict in Third World countries, but to "control the debt that the conflict produces."

Debt! Of course! Hooking Third World countries into interest payments is just like giving college students credit cards — just on a bigger scale. I can buy that. Now, whaddaya say we join Clive Owen in shooting up the Guggenheim?

There is a difference, let's note, between most of these corporate-villainy movies, which deal with institutions concealing unwise or corrupt choices, and a movie like The International, which begins that way but turns out to be a cautionary tale about an institution so centrally corrupt — and so central to society — that government, regulators, market forces, even the people who run it, have no power to make it less dangerous.

That's sort of a science-fiction notion, and in a sci-fi fantasy — say, Soylent Green, where the Soylent Corp. totally controls the world's food supply — it makes for great conflict.

In the real world, though, it can be less persuasive, especially when events intervene. Sure, we're angry right now with financial institutions for the collapse of our 401(k)'s, so yes, an evil bank wrecking the world is going to resonate.

But think how much more it would have resonated six months ago, before we found out that if you really want to bring a bank to its knees, you don't need Clive Owen, or a shootout in an iconic building — you just need a subprime mortgage or two.