Accessibility links
Russians Mark Anniversary Of Afghan War's End The grueling, decade-long war was a humiliating failure for a crumbling superpower. But 20 years later, Russians say it's a failure that holds grave implications for U.S. and NATO forces now in Afghanistan. 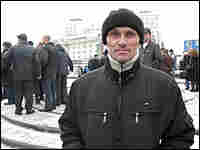 Alexei Filin fought as a conscript in Afghanistan. He says the Soviet Union had a duty to spread communism in its southern neighbor, and that the current NATO mission in Afghanistan will meet with the same failure the Soviets found there. Gregory Feifer/NPR hide caption 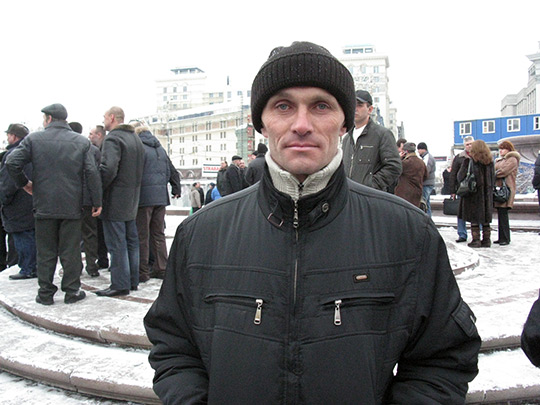 Alexei Filin fought as a conscript in Afghanistan. He says the Soviet Union had a duty to spread communism in its southern neighbor, and that the current NATO mission in Afghanistan will meet with the same failure the Soviets found there.

Read an excerpt from NPR correspondent Gregory Feifer's book The Great Gamble, a history of the Soviet war experience in Afghanistan. 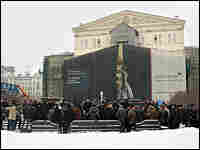 Veterans of the Soviet army's elite 345th Paratroop Regiment, one of the most decorated to have fought in Afghanistan, meet in front of the Bolshoi Theater for a reunion marking the 20th anniversary of the Soviet withdrawal from Afghanistan. Gregory Feifer/NPR hide caption 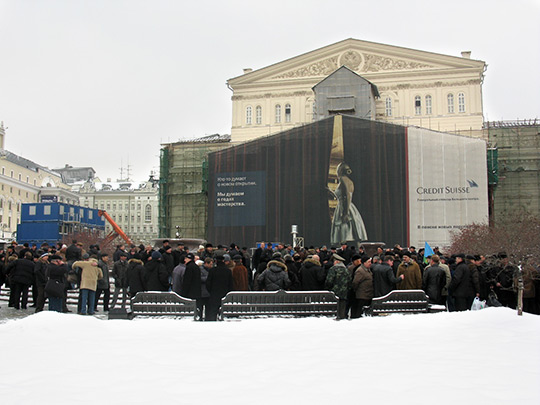 Veterans of the Soviet army's elite 345th Paratroop Regiment, one of the most decorated to have fought in Afghanistan, meet in front of the Bolshoi Theater for a reunion marking the 20th anniversary of the Soviet withdrawal from Afghanistan.

Just as President Barack Obama is preparing to send tens of thousands of new U.S. troops into Afghanistan, Russians are marking the 20th anniversary of the date the last Soviet forces officially withdrew from the country.

Their grueling, decade-long war was a humiliating failure for a crumbling superpower, but one that Russians say holds grave implications for U.S. and NATO forces now in Afghanistan.

When the Soviet Union withdrew from Afghanistan, Soviets watched with relief — and some humiliation — as columns of tanks and armored personnel carriers rumbled across a steel-girder bridge out of the country.

One tank stopped in the middle, and the Soviet commander, Gen. Boris Gromov, jumped off. He announced he was the last Soviet officer to leave Afghanistan, which wasn't entirely true. But the event formally ended a war that began after the Soviet Union invaded to prop up a communist government in its southern neighbor.

Soviet troops found themselves caught in a bitter civil war between a tottering government and mujahedeen rebels supported by the local population and armed by the West.

On a freezing, raw day in Moscow 20 years later, veterans of an elite Red Army regiment that fought in the Afghan war meet each other near the Kremlin.

There's a lot of laughter, embracing — and drinking of vodka. No longer young men, the veterans say they're overjoyed to see their old brothers-in-arms, who are united with them by their arduous experiences.

Former soldier Alexei Filin was a sapper in Afghanistan, searching for mines in treacherous mountain territory.

"It got so frightening sometimes that you just wanted to kill yourself and get it over with ... and then you'd be on a break, and you'd sit there thinking how wonderful it is to be alive in this great world," he says.

Many in Russia say the Soviet Union was trying to do the right thing in Afghanistan, but former sergeant Boris Raisky says the Kremlin just had no idea what it had become involved in.

"I realized we were fighting a counterinsurgency against local partisans. By definition, that's an unwinnable war," he says.

The war symbolized the collapse of a superpower unable to best a group of bedraggled rebels on its southern border — and the unanimous opinion in Russia is that U.S. forces will be no more successful in Afghanistan.

"They should get out as soon as possible. Or they'll be picked off like clay pigeons in target practice," says former Soviet Lt. Sergei Maximov.

Some Soviet veterans believe U.S. and NATO forces can learn from the Soviet failure. But Gen. Ruslan Aushev, one of the heroes of the Soviet war, says crucial lessons are being ignored — including the importance of building the infrastructure and government institutions the Afghans desperately need.

"What goals did the Americans set when they went into Afghanistan?" he asks. "To make life better for the Afghan people. Are they living better there today? No." 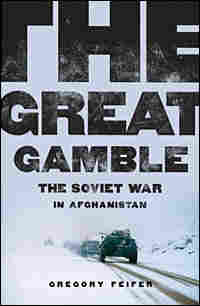 According to at least one Soviet general staff officer, no one ever actually ordered the invasion of Afghanistan. Instead, between December 10 and 30, various units were given some thirty various directives to prepare for action. Defense Minister Dmitri Ustinov's lack of combat experience helps explain the absence of centralized implementation. A career spent building the military-industrial complex gave him scant knowledge of how to command the invasion of a sovereign state. Since it was beneath the marshal to ask subordinates for advice, staff activity remained largely uncoordinated.

On December 13, 1979, one of Afghan President Hafizullah Amin's Soviet cooks slipped KGB-provided poison into a lunch prepared for the new president and his nephew. The chemicals were estimated to start working after six hours. The Soviets hunkered down to wait for signs of panic at the presidential palace, after which a signal would be given to take over Kabul's key military and communications installations. When nothing happened after the allotted time had passed, the KGB station called Moscow to request further orders. It was decided to cable Amin from Moscow, providing a way to ascertain the president's health by delivering the message to the palace. After a personal communique was sent around eleven p.m., a military intelligence officer and an interpreter set out to deliver it to Amin. The Soviets had extra trouble passing the palace guard because of a nighttime curfew. But when they were finally admitted, Amin and his nephew Asadullah were there. Amin looked pale but showed no other signs of sickness. He listened while the interpreter read the telegram, thanked his visitors, and asked them to send his compliments to Brezhnev, KGB chairman Yuri Andropov, and the rest of the Soviet leadership.

Amin's poison had been dissolved in a glass of his favorite drink, Coca-Cola. Its bubbles rendered the concoction almost harmless. Amin's nephew Asadullah was less lucky. He became seriously ill by the following day, but survived after his evacuation to Moscow for treatment. When the vexing news was relayed to Moscow, an order was given to proceed with the ground-force operation anyway. Another paratroop battalion flew to Bagram to take part in storming the palace. The units obeyed a command to prepare until a second order came to stand down. There would be no coup d'etat attempt that day.

The top Soviet officials in Kabul later cabled Moscow that a successful operation would require more troops. That document was the main genesis of outright military invasion. After the failed assassination attempts, the operation grew into a full-scale assault as if on its own — thanks first to postponement, then inertia. Incredible as it may seem, no further Politburo meetings took place after December 12. Either the final decision was given orally or the directive was destroyed (together with many other single-copy documents) on Andropov's later orders. In any case, December 27 was picked as the day for "Storm-333": a new operation to kill Amin.

Excerpted from The Great Gamble: The Soviet War in Afghanistan, by Gregory Feifer, published in January 2009 by HarperCollins Publishers. Copyright: Russ Intellectual Properties, 2009, all rights reserved.