Accessibility links
Patricia Barber Plays A Special 'Funny Valentine' She's best known for her original songwriting, but her cool, insinuating delivery is perfect for classics, too. She visits NPR's Studio 4A for a performance from her latest album, The Cole Porter Mix — plus a certain Valentine's Day standard. 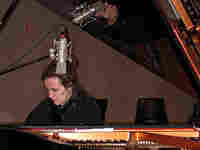 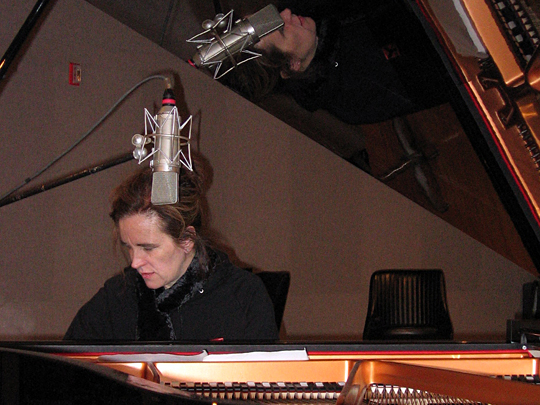 Hear full versions of the songs performed at NPR's Studio 4A: 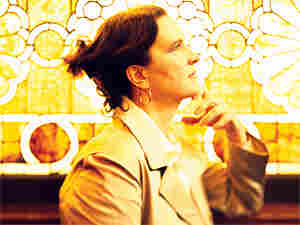 Though best known for her own songwriting, Patricia Barber says that singing standards was once how she made a living. "When I was 23 years old, I was doing Cole Porter because that's what you do," she says. Chris Strong hide caption

Patricia Barber sings with a cool, insinuating delivery, as if she's whispering in your ear over a very dry martini in a smoky dive. So although she's best known for her original songwriting, the jazz vocalist and pianist was well-suited to make a record of Cole Porter songs.

In Washington, D.C., for a concert at the John F. Kennedy Center for the Performing Arts, she stopped by NPR's Studio 4A for a special Valentine's Day performance and conversation with host Jacki Lyden.

Barber's latest album, The Cole Porter Mix, brings new interpretations of Porter standards together with three of her own compositions. She says she understood that might be a provocative decision.

"I like that edge of the offensive of all artistic endeavors," Barber says. "I like to be either right or wrong. Putting my own songs on here would be offensive to some sensibilities. It's arrogant — it's arrogant, period. ...

"But I knew that the critics would come after me in a big way — or they wouldn't. So how could I not do this?"

Barber's new tunes may be original — but they're also reverent to Porter's stylistic conception.

"I've been studying Cole Porter for years," she says. "I have notebooks and notebooks and notebooks of his — both his lyrics, counting syllables, marking down syllables — and his harmonic changes — the way he goes up to the bridge, this and that. So within, let's say the classic song forms that he created, I made some variations, but I am still very true to the absolute."

And though it's not a Cole Porter tune, Barber wraps up with "My Funny Valentine," which she dedicates to her 89-year-old mother.